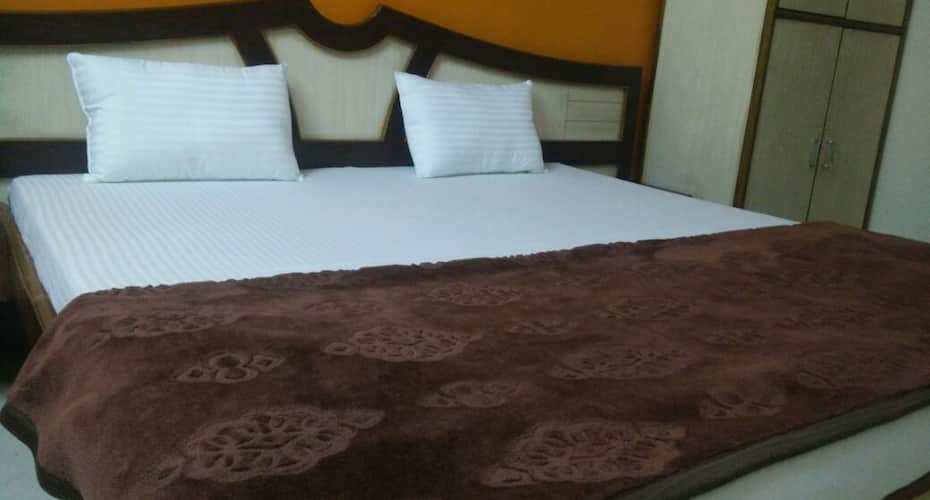 Rating From 4 Review(s) Read All Reviews

<b> Pleasingly situated in the city of Lucknow is Hotel Sunrise. </b><br><br>This property in Lucknow offers furnished rooms and comfortable accommodation to its guests and is at a walking distance from the Charbagh Bus Station. This hotel has 11 well-appointed rooms, spread across 2 floors.

Comfortable bed, flat screen TV and attached bathroom with hot/cold water supply are some of the conveniences offered in the room. This property provides various facilities that include front desk, luggage storage, travel counter, airport transfer and parking.

Concierge, laundry, ironing, doctor on call, wake-up call, 24-hours security and room service are also offered for the convenience of the guests. This hotel in Lucknow is accessible via travel hub such as Lucknow Junction Railway Station (0.5 km).

The closest airport to this property is Chaudhary Charan Singh International Airport (9 km). Some of the tourist attractions are Bara Imambara (5.5 km) and Rumi Darwaza (5.5 km). <B> What people love the most about this property is its great location and hospitality.<br><br>Book now and enjoy services at this affordable property in the city.</B>