Popularly described as a ‘Jewel Box’ and ‘Baby Taj’, Itimad-ud-Daulah Tomb is a Mughal mausoleum in the city of Agra in Uttar Pradesh. Itimad-ud-Daulah literally means pillar of the state. Nestled on the eastern bank of the Yamuna River, the tomb is set in a large garden crisscrossed by water courses and walkways. The tomb of Itmad-ud-Daulah was built by Nur Jahan for her father, Mirza Ghiyas Beg. Interestingly, it is the first tomb in India that is entirely made out of white marble instead of red sandstone. Though, this iconic structure is small in size when compared to the Taj Mahal, a visit to this tomb can take anyone back in the time of Agra’s history. Measuring approximately 7 meter per side, this square tomb has four round turrets crowned with small domed kiosks rising from engaged octagonal bases at each corner. Its delicate architectural beauty can attract anyone. Moreover, exotic Persian styled gardens can be found around the tomb. Known for the stone inlay, made out of wine glasses with perfect geometric structure, the tomb reminds the forgotten stories and styles of Mughal era. 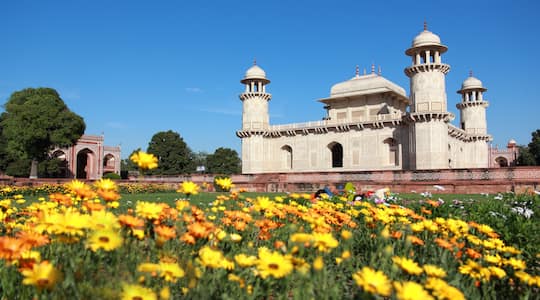 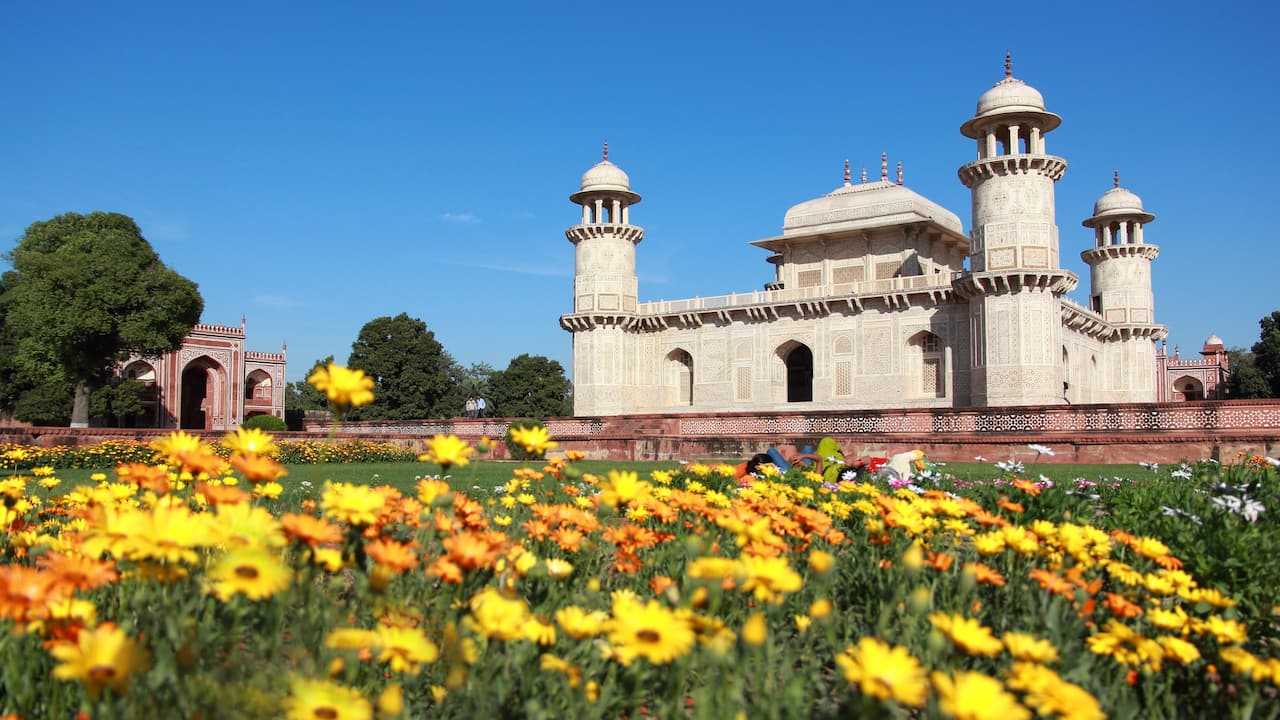