Perched on the banks of River Nandini, amidst beautiful environs, the Durga Temple, Aihole is noteworthy for its higher plinth, semicircular apse and the gallery that enclosesthe sanctum. The interior of the temple has captivating carvings. There are influences of both Dravidian and northern architecture. The open mandapa is situated on a base smaller in size. The pillars at the exterior of the front mandapa have bigstatuaries on them. The inside ‘adhishthana’ is apsidal and is prepared with all the mechanisms making the walls enclose the inner apsidal wall of the sanctum sanctorum with a closed ‘maha-mandapa’ in front of it, that has two linear rows of four columns in each row dividing it into a central nave and lateral aisles. The temple,now on a tentative list of the UNESCO World Heritage Sites, is quadrilateral in shape. The distinguishing shape of the temple has a Gajaprastastyle, suggesting that it was constructed in the silhouettes of the rear portion of an elephant. The several pillar reliefs depict a Buddhist Chaitya, featuring complex carvings. Other noteworthy features of this shrine involve images of Lord Shiva, Lord Narasimha and Goddess Chamundi. The sculpture of Goddess Durga is equally a marvelous piece of art. 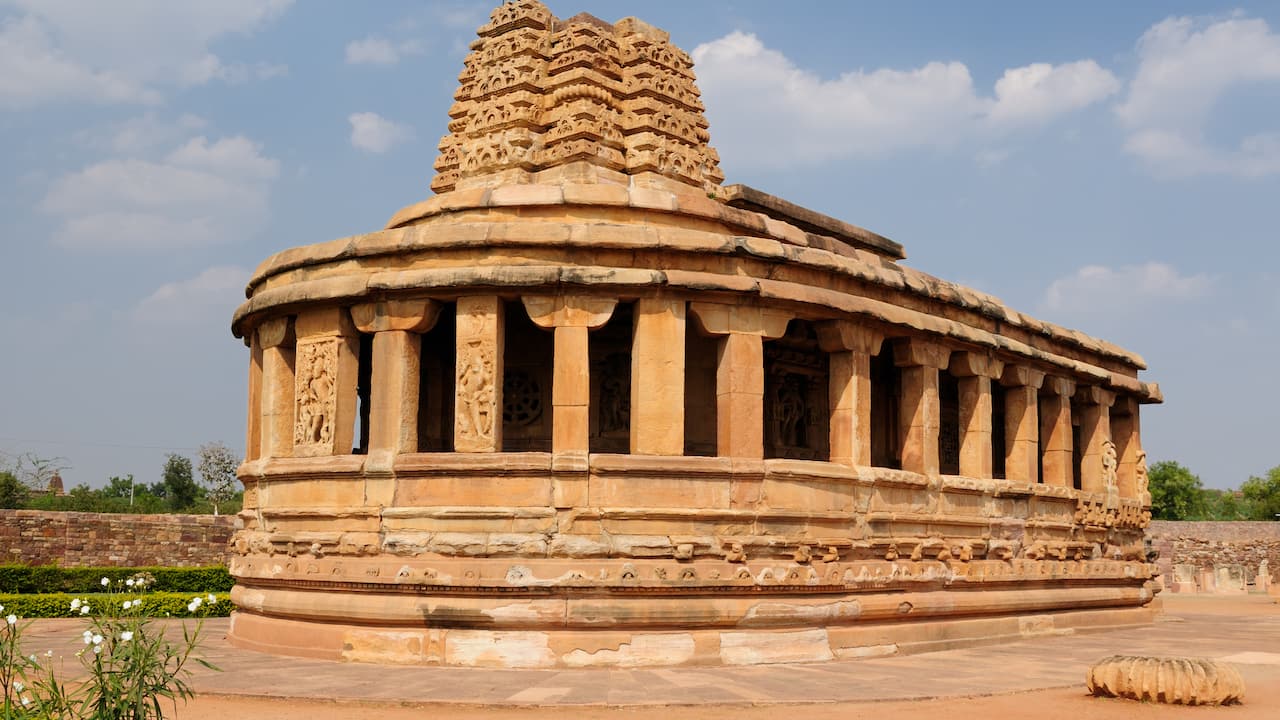