About Jaina and Vaishnava Caves

Situated in the north-eastern part of Karnataka, the Jaina and Vaishnava Caves are famously known as the Badami Caves. Forming a temple, these monuments are perfect examples of rock-cut architecture, build out of red sandstone. Comprising of 4 majestic caves in all - one Shivaite, two Vaishnavas, and one Jain, the structures boast of some of the most ancient Vedic traditions. The first cave showcases Lord Shiva as Nataraja in his tandava pose. The idol is 5 feet tall and has 18 enormous arms engaged in a soulful dance. Sculptures of Buvaraha and Trivikarma reside in the second cave along with some comic dwarfs who are at their service. Intricate flowers and a multi-headed snake also form a stunning part of the structure. The third cave has amazing avatars of Vishnu depicted across space - from Harihara, Narasimha, Varaha to the Trivikrama-Vamana avatars. The fourth cave is the smallest of them all and is situated about 10 feet lower than the others. Arrayed with brackets and capitals, the sanctum depicts Mahavira on a pedestal that has a 12th-century Kannada inscription identifying with the demise of one Jakkave. One of the most striking things about these Badami Caves is that they have inscriptions that speak morality, wisdom and spirituality.

Dating back to the late 6th century, the Jaina and Vaishnava Caves, located in the Malaprabha River Valley were a part of the Chalukya Kingdom. The inscription on cave 3 mentioned it was established in Saka 500 (lunar calendar, 578/579 CE). While the caves 1 and 2 seem to have drawn their inspiration from the northern Deccan style, cave 3 composes a fusion of north nagara and southern Dravida patterns which in turn makes it a Vesara style. Dedicated to Hindu and Jain legends, the Badami Caves are also a part of the UNESCO- designated World Heritage Site under the title Evolution of Temple Architecture – Aihole-Badami-Pattadakal”. 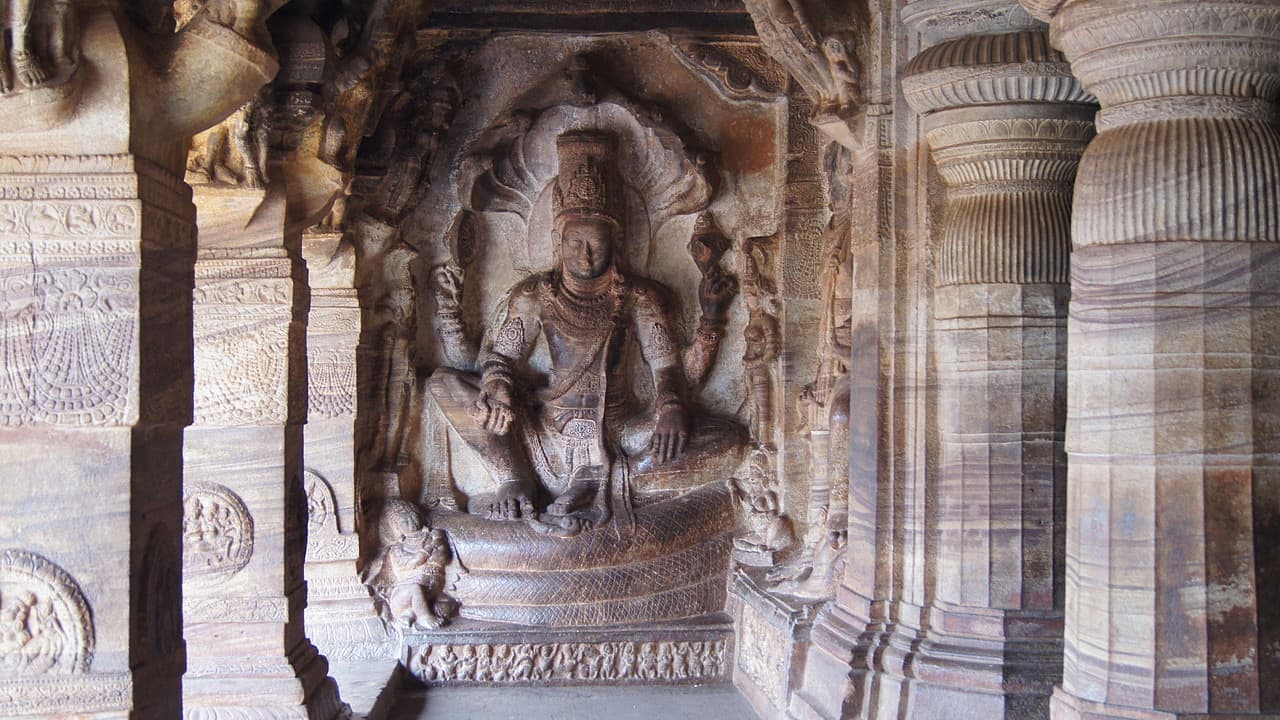 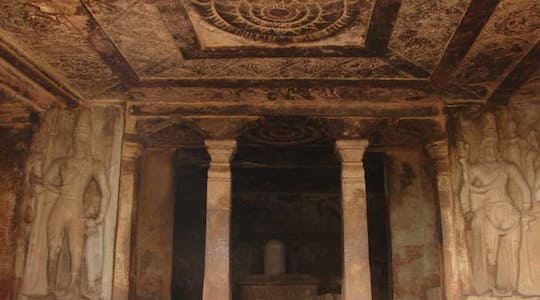 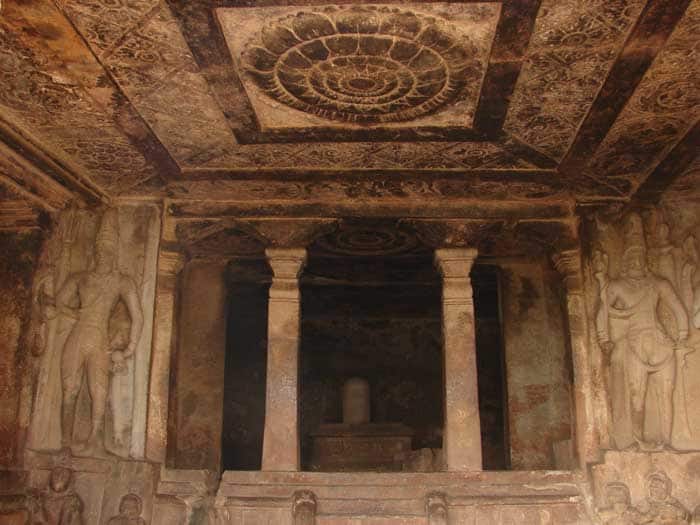 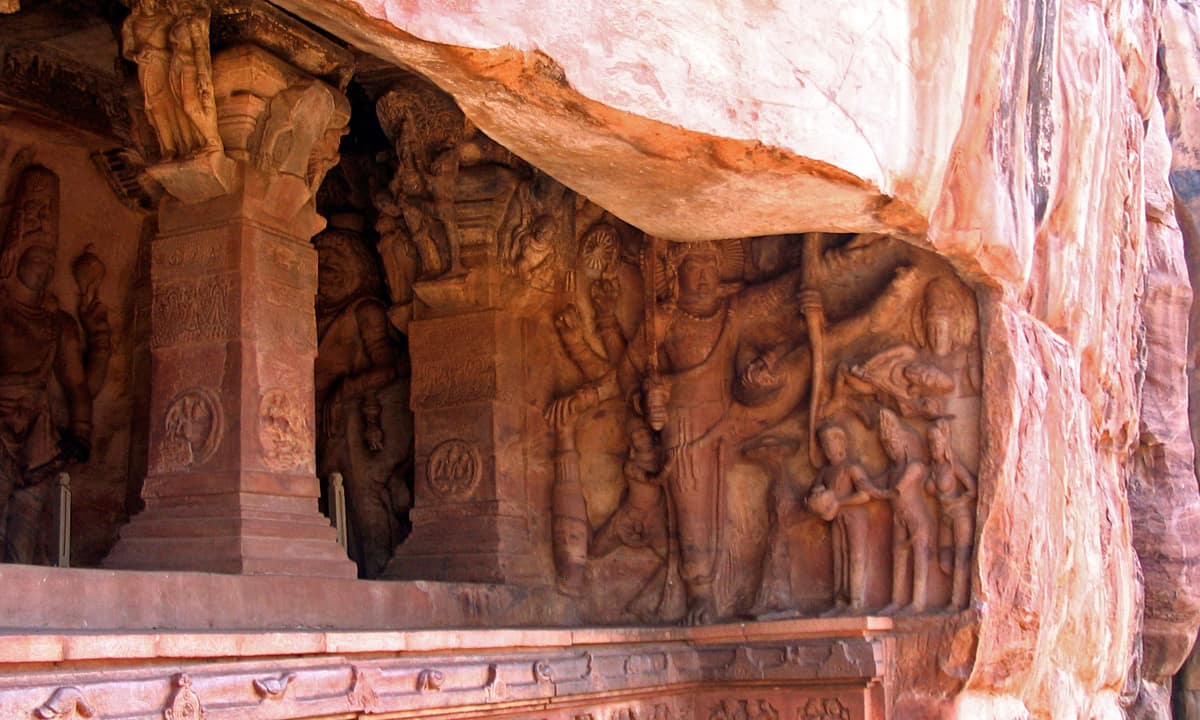 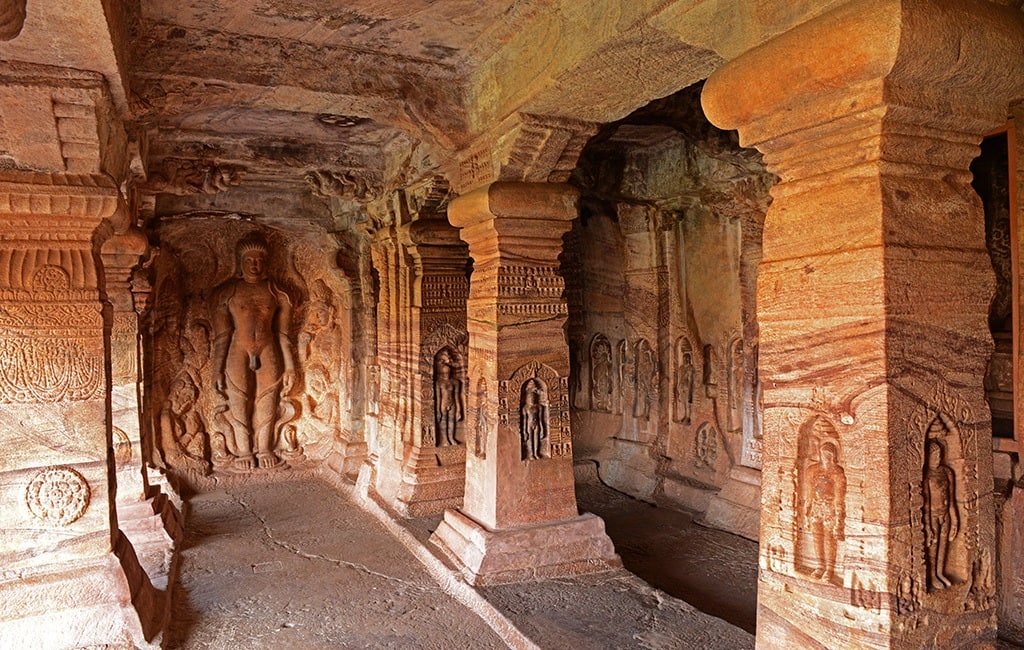