About Ancient Site of Vikramshila

A small ancient town located approximately 40 km from Bhagalpur in Bihar, India, the ancient site of Vikramsila, once was one of the most important intellectual centre of Tantric Buddhism in the 8th century AD, besides being home to the well-known Nalanda University. It houses the world-famous Vikramshila University, built during the Pala Empire. The excavated relics of the city include a university surrounded by 108 temples, a life-size copy of Bodh Gaya's sacred 'Mahabodhi Tree' (Fig tree) and the main Stupa (temple) that was used as a site for meditation by the monks. The temple entrance is guarded by two large statues of Atisa (a Bengali monk) and Nagarjuna (a great scholar). The ruins hint at the existence of a dharmasala (inn) which accommodated the incoming visitors and a huge courtyard in the middle that could hold up to 8,000 monks at a time. The town was protected by large walls and gates that were locked during the night. There were monasteries for the teachers and libraries for housing books that were preserved in an air-conditioned environment. The museum located here displays antiquities of Pala period, bronze images and sculptures in terracotta and stone. There is also a scaled model of the excavated site. 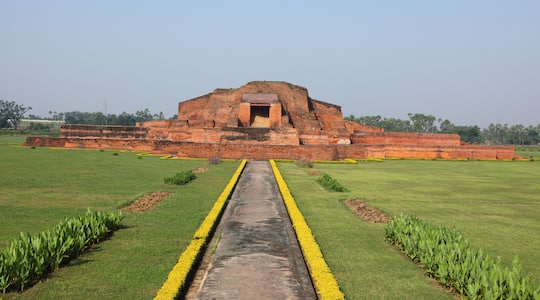 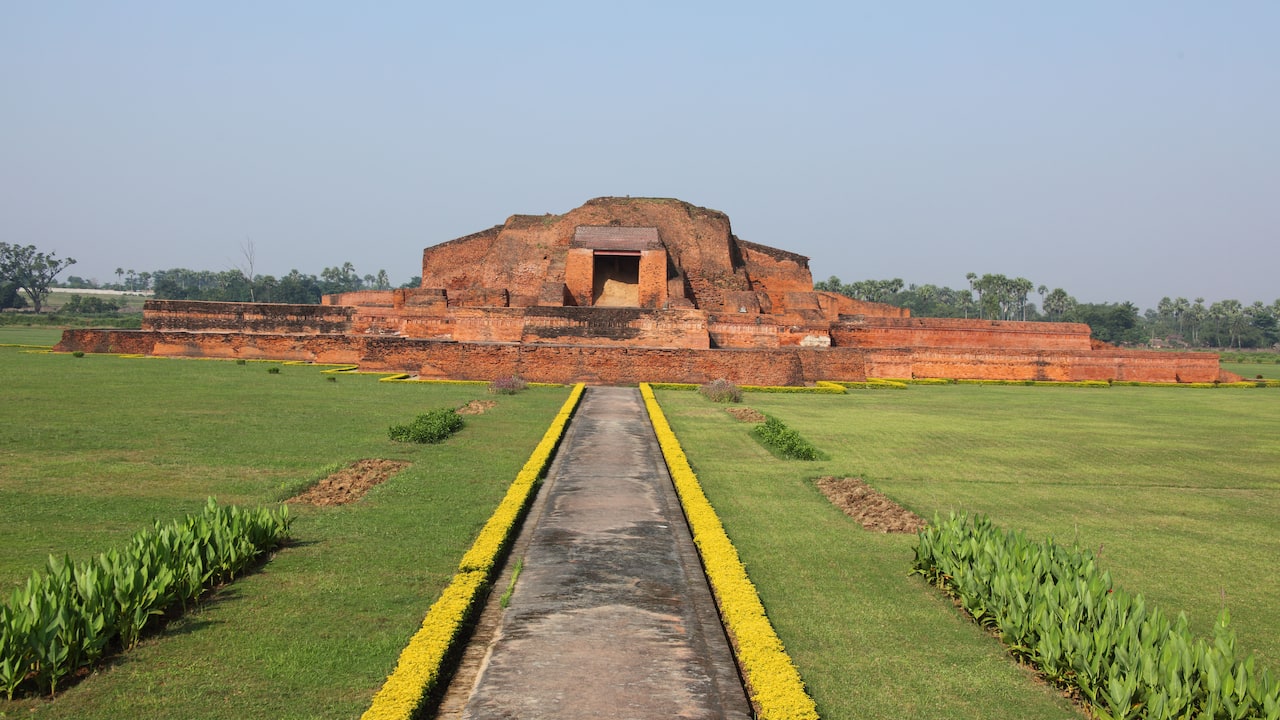