Originally known as a temple devoted to Indreswara and dedicated to Lord Shiva, its major attractions are the elaborate carvings adorning the temple façade and its interiors. Located within a garden with fresh blooms in Old Bhubaneshwar, the temple stands on a raised platform with a spire decorated with a cluster of turrets. The ornate sanctum of the temple is bordered by pillars that come alive with an embellishment of snakes. Cult images like the scenes of marriage of Shiva, Nataraja and Parvati are present alongside the image of Varuna, who is noted for his bodily adornment. The walls of the temple are particularly fascinating for their sculptures of women performing Odissi dance, coy women and natural surroundings. The temple’s Guardians of the eight directions project from the base of the temple in the eight directions, starting from the gateway in a clockwise direction around the porch, ending at the entrance. Devoid of any deity, the eight guardians of the temple are, Indra (god of rain), Agni (god of fire), Yama (god of death), Nirriti (god of suffering), Varuna (god of ocean), Vayu (god of wind), Kubera (god of wealth) and Ishana (Shiva). 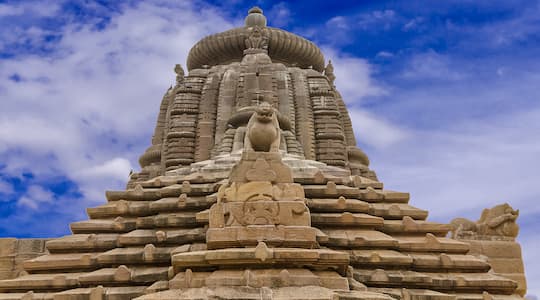 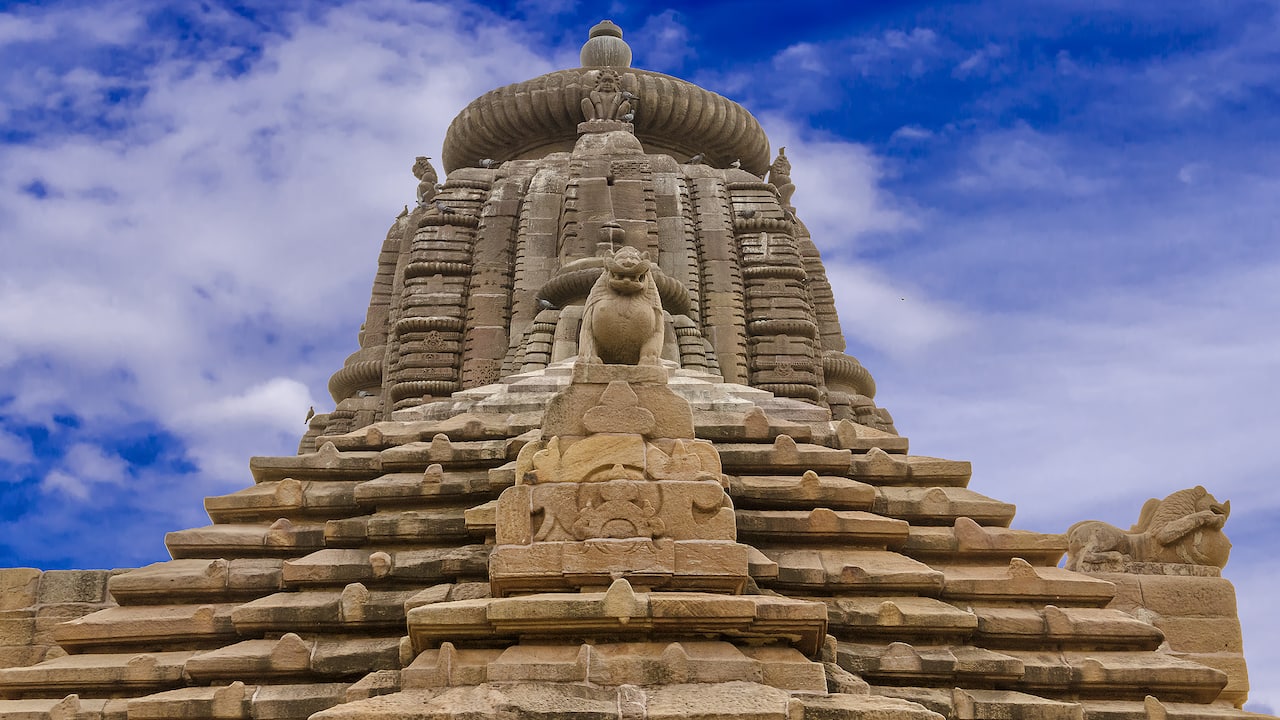