The twin hills of Khandagiri and Udayagiri in Bhubaneswar, anciently known as Kumara and Kumari parvatas respectively, represent one of the earliest groups of Jaina rock-cut architecture in eastern India in the fields of history, rock-cut architecture, art and religion. There are all together eighteen caves in the Udayagiri and fifteen caves in the Khandagiri. The excavation of these caves was first initiated by Kharavela and his successors around the first century B.C. The rock hewing activities continued till the time of the Somavamsis of the tenth-eleventh century A.D.

The excavation of these caves was first initiated by Kharavela and his successors around the first century B.C. The rock hewing activities continued till the time of the Somavamsis of the tenth-eleventh century A.D. Most of the caves consist of a row of cells with a portion opening into a courtyard. The door way of the cells have pilasters on either sid,e with crowning animal figures and arches, decorated with flowers, creepers and animal motifs.

The sculptural and decorative art of the caves include panels/friezes depicting popular legends, historical episodes, religious observances, dancing performances. Besides individual guards, bracket figures, vidyadharas, floral and geometrical patterns are noteworthy. The artistic embellishment in the early caves of Udayagiri and Khandagiri appear to have displayed a decided advance on the work of Bharut and Sanchi of Madhyadesa. The artist has attained sufficient mastery over form and skill in depicting figures in every position- front, back, and side. As the caves were excavated for the residence of Jaina monks, it is reasonable to except that their architecture and art would yield substantial information about contemporary religious beliefs and practises.

The early reliefs are only peep-holes that give an inkling in to the life that existed when they were carved. Contemporary dress and ornaments are faithfully portrayed. The reliefs also delineate the lighter side of life, like music, dance, sporting in the lotus lakes, and even amour. Dancing seems to have been the monopoly of women and the orchestra was also often formed of women. Among all the caves, the double storied Ranigumpha is the most imposing one in the Udayagiri. Besides, the caves like Svargapuri-Manchapuri and Jaya-Vijaya on the Udayagiri are also double storied. The famous inscription of Kharavela occurs on the roof of the Hathigumpha caves of the Udayagiri.

This is the only earliest example of rock-cut architecture in entire eastern India, except Barbara and Lomasarisi cave near Gaya ((Bihar). The Hathigumpha inscription of Kharavela was also the first charter to describe the achievement of the king in a very chronological order. 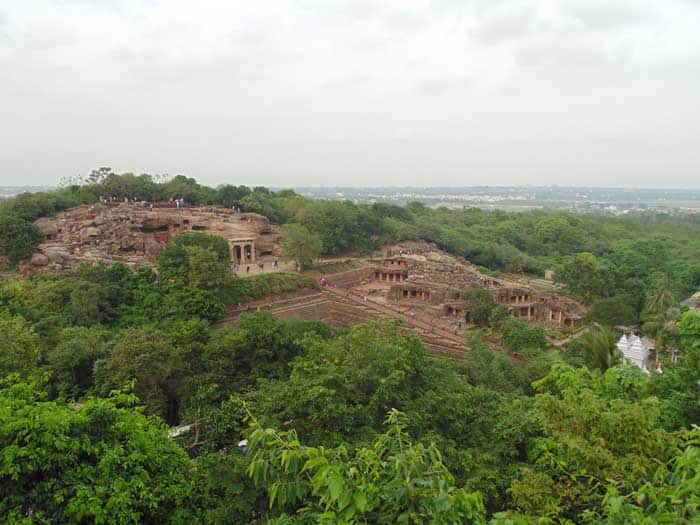 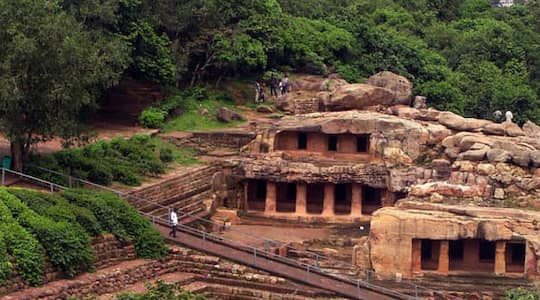 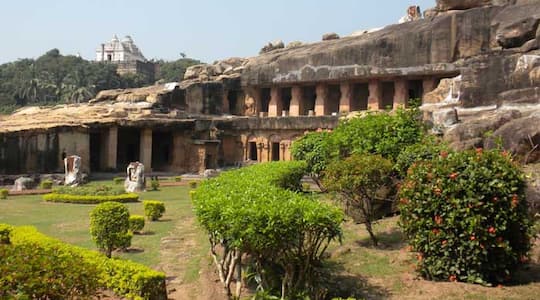 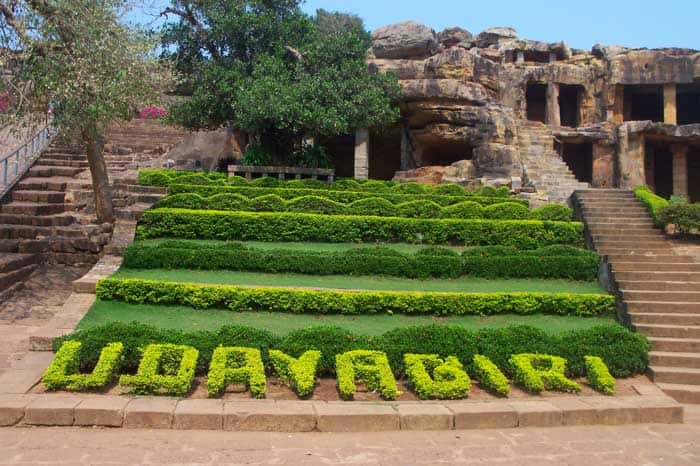