Located on the northern plateau of Bidar city in Karnataka in India, Bidar Fort has 30 monuments within its boundaries. The fort has been built in the shape of an irregular rhombus with straight walls on the edge of the plateau. This fort is located at a distance of 64 km from the ancient city of Kalyani of the Chalukya Empire. Within the fort, there are a large number of buildings, arches, pavilions, mosques, gateways and gardens. The fort comprises seven gates and has 37 bastions on the fort wall. Some of the popular monuments inside the Bidar Fort are Rangin Mahal, Takht Mahal, Jami Masjid and Sola Khamba Masjid. This fort also has a unique water supply system known as Karez, which used the Persian water harnessing technology. The Karez extracted water from groundwater sources with a network of underground canals, which were punctuated by vertical shafts to the surface. This water harnessing system has 21 vertical shafts and extends to a distance of about 2 km. This fort is located at a distance of 130 km.

The Bidar Fort was fully built by Sultan Alla-Ud Din Bahman of the Bahmanid Dynasty. He also built a large number of Islamic monuments with the fort. The name Bidar originated from the word ‘Bamboo’, as the area on which the fort was built was a bamboo jungle. The Bidar Fort has been ruled by many kingdoms during the sands of time such as Kadambas, Chalukyas, Rashtrakutas, Kalyan Chalukyas, Kalachuris and Kakatiyas. Later, the fort witnessed the rule of Yadavas of Devgiri, Delhi Sultanate, Bahmani Sultanate and Mughal Empire. 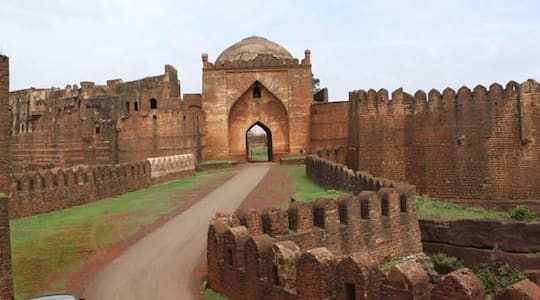 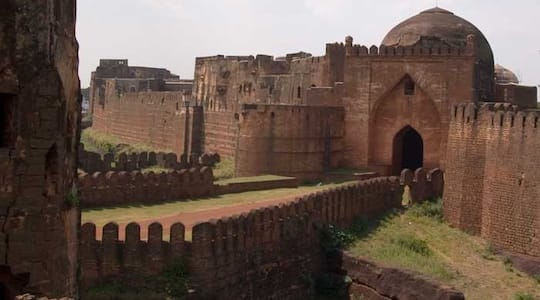 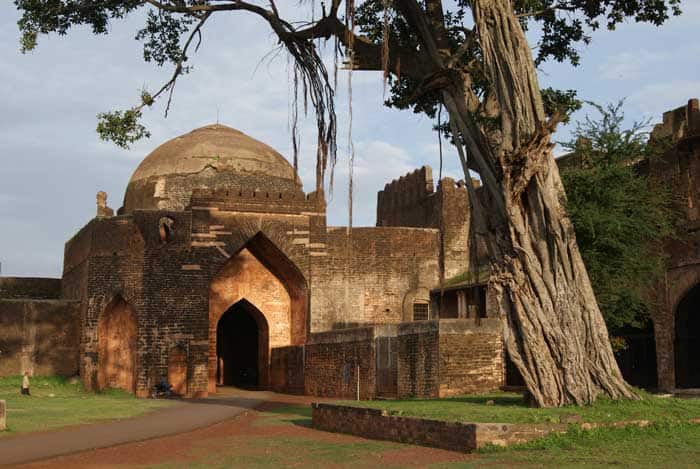