Located in the Bankura district of West Bengal, Bishnupur is known for its terracotta temples made from the local laterite stone. There are numerous temples in the city famous for its unique architecture. Some of them include Malleshwar temple, Lalji Temple, Radhashyam Temple, Jor-Bangla Temple, Rasmancha, Madanmohan Temple, Pancha Ratna Temple, and Mrinmayee Temple. Among them, Rasmancha is the oldest brick temple. Notably, it has an uncommon pyramidical tower, surrounded by hut-shaped turrets. Pancha Ratna Temple has carvings depicting the aspects of Lord Krishna’s life. Lalji temple consists of ornamental stucco decorations. Malleshwar temple’s base mouldings and the stone elephants are considered to be its strength. Moreover, the Jor-Bangla temple is decorated with terracotta walls from both inside and outside.Also, constructed in ekaratna style, Radhya Shyam temple depicts the life from Puranas. It has domed shaped Shikhara and is made up in a square plane. According to the culture, the Durga Puja celebration does not start in any temple at Bishnupur until Mrinmayee Temple fires the cannon. Madanmohan Temple was built by King Durjana Singh Deva in the ekaratna style. The carvings in the structure speak about the scenes from Mahabharata, Ramayana, and Puranas.

The famous terracotta temples were built during the 17th and 18th century in Bishnupur by the Malla rulers who were Vaishnavites. Notably, due to the shortage of stones in the plains of Bengal, the architects thought of an easily available substitute. Clay was accessible and hence, a new form of temple architecture, terracotta temples came to light. The Malla kingdom ruled in Bishnupur for around 800 years and during this time Jagat Malla and his descendants constructed numerous temples and structures (both of brick and stone) turning Bishnupur into a temple town. 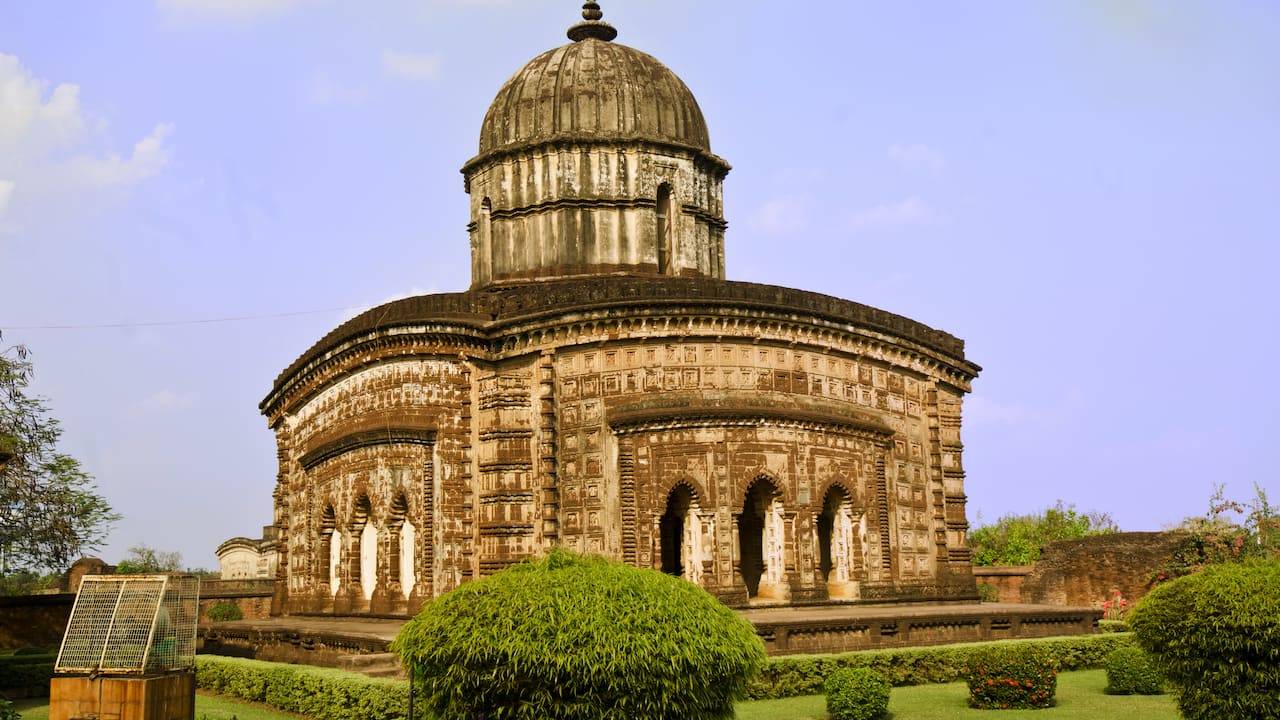