According to local tradition the Gawilgarh Fort in Amravati, was constructed in the 12th Century by the Gawali King, who belonged to the family of Yadavas. The Fort was called Gawilgad because of king Gawali. It was made of mud. According to the Volume No 1 of Tarikhe-E-Farishta, written by Farishta the fort was constructed by the 9th King of Bahamani Sultan Ahmad Shah Vali in 1425 AD. In 1477 AD, the first King Phatteulla Imadulmulk of Imadshahi of Berar repaired and extended its periphery. In 1577 AD, during the reign of Nizam Shahi under Saiyyad Murtuza Sabzavari 's inspection Bahiramkhan repaired the fort.

The Gawilgarh Fort (Lat 21˚22' Long. 77˚19'), located in the Satpura range at about 1103 m above sea level, is situated in Chikhaldara, a tehsil in the Amravati district of Maharashtra. The fort was built by the Bahamani Sultan Ahmad Shah in 1425-26. The fort functioned as the capital of Berar at different times. It passed through many hands, after the Bahamani kingdom split up, starting with the Imadshahi dynasty in 1488; the Nizamshahi dynasty in 1574; with the Mughals in 1600; the Marathas in 1744, before it finally fell to the East India Company in 1803 AD. The strategic importance of Gawilgarh lay in the fact that it was in a position to control the Melghat region.

The fort served as capital for some time. The monuments built inside the Gawilgarh fort demonstrate a distinctive northern Deccani aesthetic, shared with Ahmadnagar and the nearby sultanate of Khandesh; featuring dressed stones, rather than stucco and favouring a decorative vocabulary of shallow niches, rosette bosses, and eaves resting on brackets. Many buildings have been constructed on high plinths and have flanking minarets with square profiles topped with domed kiosks or chhatris. The access to the interior of the fort is through a single entrance, past a line of three gates flanked by guardrooms. The fort has been constructed on two levels of elevation maintaining the contour of the hills, the outer- slightly lower, and the upper- higher fort. Both areas are well protected by walls, ramparts and bastions. In the Imad Shahi period, many buildings were added inside the Gawilgarh fort by Fathallah and his son 'Ala' al-Din added monuments befitting a capital. He is also said to have established his royal residence at Gawilgarh and declared himself as king. Inside the main gate, a series of additional gates lead into a palace zone with water reservoirs and courtly buildings, including baths with pyramidal roofs of a type found throughout the Deccan. During the Nizam Shahi occupation of Gawilgarh, the Chotti Masjid (small mosque, 1577-78) was constructed.

Great Mosque or the Jami Masjid: The great mosque or the Jam Masjid, just behind the palace, is a large congregational mosque. The mosque, perched at the highest point of the compound and overlooking the plains below, is encompassed by a wall and has a courtyard. The wall has pierced screen and the prayer hall has a façade of seven arches flanked by minarets ending in chhatris. All the twenty-one compartments formed by these arches and pillars were surmounted by a corresponding number of full domes of pleasing contour. The central dome in the front row is large and is also placed on a lofty circular drum moulded at its rim in the pattern of diagonally laid bricks, and is decorated by a parapet of trefoil merlons alternating with small domed finials jammed between two split halves of merlons. Several other Deccani sultans also erected large mosques during this period as symbols of their break from the Bahmanis, but the determination to construct this building in such a remote location, and at a size that must have dwarfed the Fort's population, is particularly poignant.

Chhoti Masjid: According to an inscription the Chhoti Masjid was built in 1577-78 by a Nizam Shahi official. It consists of a single prayer-hall two bay deep, having two square pylons at front ends and three arched openings on the east, under a deep and somewhat steep cornice. The parapet wall above is carved in low relief, with a band representing intersection of arches.

Old cannons can be found in the fort. The fort has a moat as its security system There are many lakes inside the fort such as Shakkar lake, Devi lake, Machli lake, Kala Pani lake etc. 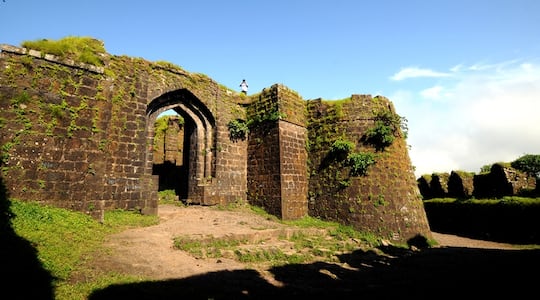 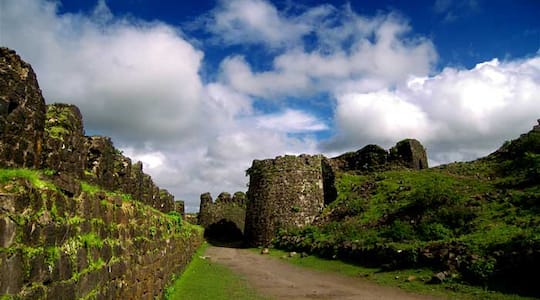 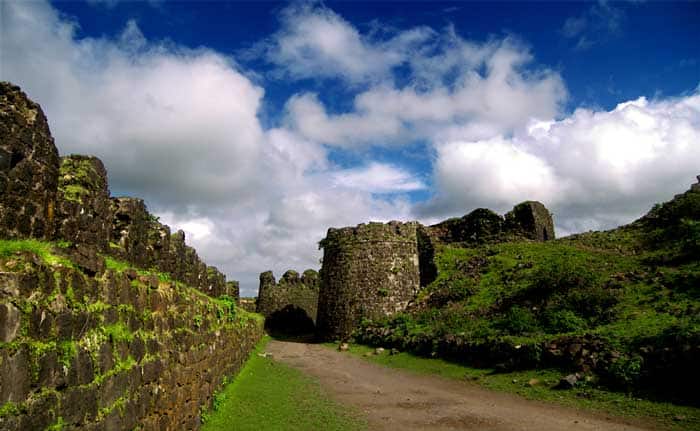 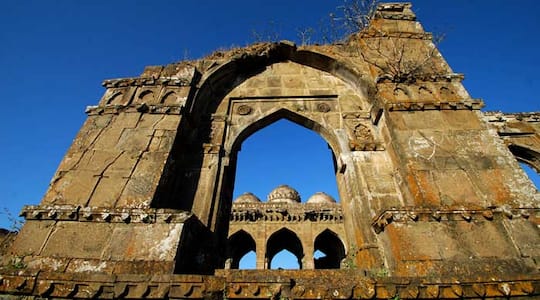 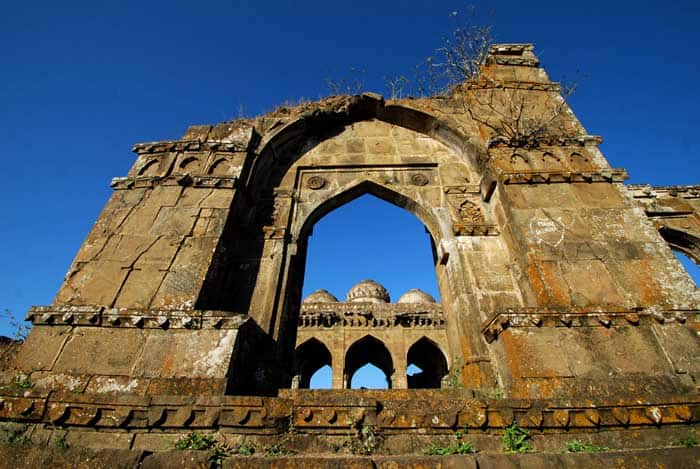