Situated in the historical city of Chittorgarh, the Chittorgarh Fort stands strong as a citadel in the state of the forts and palaces. Although there are many monuments in Rajasthan to be seen and admired but Chittorgarh Fort is an epic waxing poetic about the Rajput gallantry and honour. Built in the 7th century AD, this UNESCO World Heritage Site used to be the capital of the Mewar rulers. The fort complex comprises seven gates, two towers, and 65 structures.

The largest fort in India and Asia, Chittorgarh Fort has withstood three major Muslim invasions starting from Alauddin Khilji, Bahadur Shah and Akbar. But, never for once, seen as a Muslim bastion and always regarded as the hallmark of the Rajput amour propre. It wasn’t a fight for religion or faith; it was the fight to keep the pride of the land unsullied and protecting it from the foreign raiders. And it was this sense of belonging that made the Rajput kings take up arms against the enemies which defined their never say die heroism for generations to come. While the men braved it out in the battlefield, the women supported the sacrifice of their men by committing jauhar to keep the honour of the community and the unflinching, indomitable spirit alive.

Also called Chitrakuta for it was built by King Chitrangad hailing from the royal Maurya house in the state. Later the fort was captured by the Mewar rulers in 728 CE. It was in 1303 when Alauddin Khilji took the fort from Ratan Singh in a glorified battle filling the historical accounts as a testament to the Rajput valour. But soon enough the Rajputs took hold of their pride and were ruling over the fort again, this time under Hammir Singh of the Sisodia clan. In 1535, the fort came under the control of Bahadur Shah – a ruler in Gujarat, but after the Mughal invasion, the fort was given back to the Sisodias by Humayun. But in 1567 Akbar captured the fort and kept it till the British came over.

Sprawling across 700 acre and a circumference of 13 km, the fort has a kilometre long road that takes up to the rampart after passing through seven gates namely: Ganesh gate, Hanuman gate, Padan gate, Jodla gate, Bhairon gate, Lakshman gate and the last and the main gate, Ram gate. These gates were built to protect the fort from the enemy attacks and the arches even protect against the elephants from entering. The walls are made of lime mortar and rise up to 500 metre above the ground level. There are four palaces, 19 temples including Jain and Hindu temples, 20 water bodies, and four memorials. Here are the prominent structures that make the fort complex.

Possibly the oldest structure and the most important palaces inside the fort complex, the Rana Kumbha Palace is dedicated to the first Mewar ruler and owner of the fort, Rana Kumbha. The entry to the palace is from Suraj gate. Maharana Udai Singh, the founder of Udaipur and Mira, the poetess princess also lived in the palace. It is also said that Rani Padmini committed jauhar in the cellars at the base of the palace.

Located in the south of the fort, the white edifice comprises three floors and has canopy-covered roofs with a moat. This is where Rani Padmini, the wife of Ratan Singh and a crucial character in the history of the fort and the Rajputana sensibilities lived. It is said that it was at the palace that Alauddin Khilji got a glimpse of Padmini after which he was consumed with the thoughts of possessing her and decided to ravage Chittorgarh and hence the glorified battle ensued.

Built by Fateh Singh, the palace is now a museum which houses several structures including temples, frescoes and fountains. The museum has on display a range of important exhibits like swords, shields, helmets, uniform of the solders and more.

The taller of the two towers and also called Jaya Stambh, it stands as a proud structure of triumph and power of the Mewar royalty. It was erected by Maharana Kumbha in honour of his victory over Mahmud Shah Khaji during 1458-1468. It took a decade to complete this impressive structure standing 122 ft high. There are nine floors in total with a circular stairwell of 157 steps. It is now illuminated in the evenings offering a splendid narrative of the history of the place.

The 72 ft high tower was built somewhere in the 12th century and is mostly decorated with Jain inscriptions and sculptures. Built by Jijaji Rathod, a Jain merchant the tower pays homage to the first Jain tirthankar - Adinath. The tower has six floors and 54 steps.

Chittorgarh Fort timings are 9 am to 6 pm. The visiting hours for Chittorgarh Fort light and sound show are between 7 in the morning till 8 in the evening. The Chittorgarh Fort entry fee for the same for adults is Rs 50 while for the kids the entry ticket is pegged at Rs 25. The opening hours for the Fateh Prakash Palace museum are from 9.45 am to 5.45 pm. It will take around 2-3 hours exploring the entire fort complex. Make sure you have enough time and wear comfortable shoes as you will have to walk a lot.

Chittorgarh Fort remains open to the public on all days but the museum remains closed on Mondays. Best time to visit Chittorgarh is between October and March when you can cover the fort easily in a cooler weather.

How to Reach Chittorgarh Fort

Udaipur Airport also called the Maharana Pratap Airport is the nearest airport to Chittorgarh. Some of the airlines that operate in and out from the airport are SpiceJet, Air India, Jet Airways, and Indigo. It operates flights from Delhi, Mumbai, Kolkata among other cities.

Chittorgarh Junction is 6 km from the Chittorgarh Fort. You can also board a train from Chanderiya Railway Station which is 11 km from the fort. Some of the trains from Udaipur to Chittorgarh are Mewar Express, Chetak Express to name a few.

SRTC is the nearest bus stand. There are both private and state-run bus services to Chittorgarh. From Udiapur to Chittoragrh it takes around 2 hours of time.

Things to do in Chittorgarh

Do explore the Rana Sanga market for its fine display of local art, jewellery and handicrafts. Don’t forget to visit the Chittorgarh museum or explore the city during the festival of Teej or the Jauhar Mela to know the cultural milieu of Chittorgarh better. It is best to book popular Chittorgarh holiday packages for the best experience in this city of historicity. 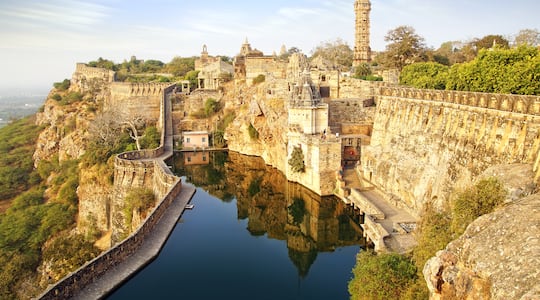 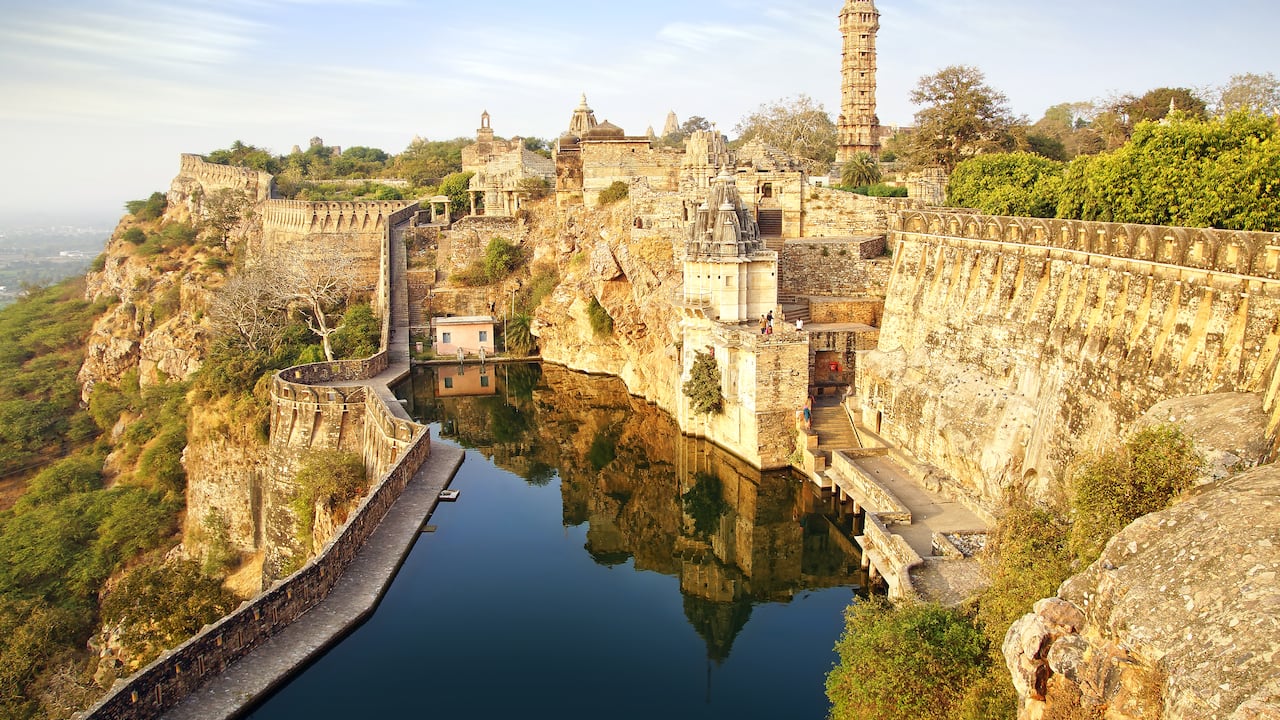