About Temple and Sculpture Gallery, Lakkundi

The huge Jain temple is situated among many such temples in Lakkundi, and is probably the earliest example of temples built of a kind of fine schist stone, found in that area. There is a shift from the usual sandstone used for most monuments in this region. The interesting thing is that because schist is easier to work with, a stark difference can be noticed in the workmanship of this temple, as compared to the sandstone ones built by the Badami Chalukyas. The carvings are more fine and delicate, which gives them a more intricate appearance. This shift in the material used led to the creation of temples that were more ornamented and elaborate. The temple has a five-storeyed vimana that is square in shape, from the base to the sikhara. The central navaranga is larger in size than the eight that surround it. The second storey has an antarala-mantapa which is functional, and lies over the vestibule of the first floor. The three storeys on the top have symbolic importance, and used to have the suka-nasika in the front. Each tier of the tower built over the shrineis bedecked in complex motifs. 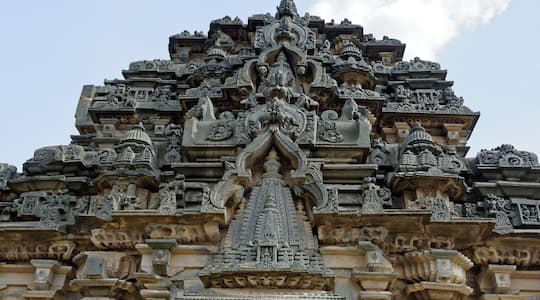 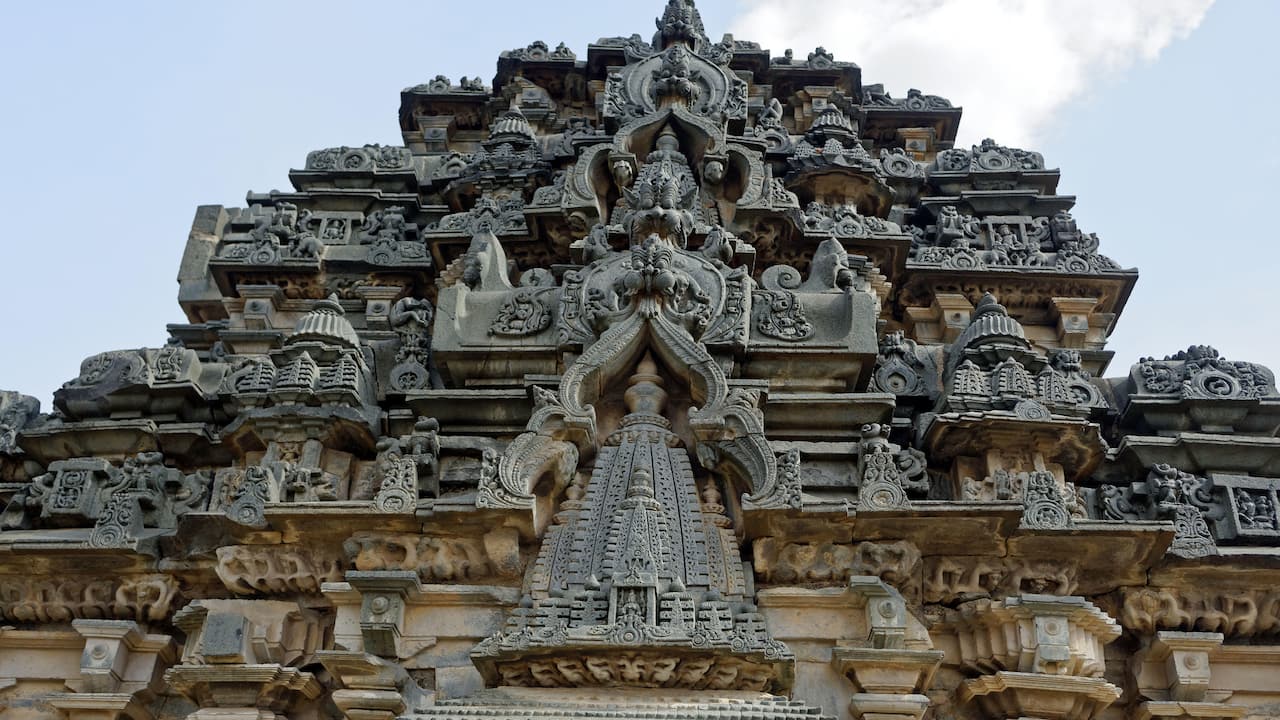