The tomb of General Lord Cornwallis is located in Ghazipur, a small town in the eastern part of Uttar Pradesh. This tomb is a famous historical monument that is visited by tourists from around the world. This memorial is a protected monument under the Archaeological Survey of India. The tomb was built in the memory of an excellent administrator and a victorious commander-in-chief, General Lord Cornwallis of the British Army. The tomb consists of a dome supported by 12 erected columns on a high circular platform, overlooking the Ganges River. The dome is finished with an ornamentation of army cap and floral motifs. The central burial chamber is made of white marble and bears the bust of Lord Cornwallis with a Hindu and a Muslim man on either side shown in the attitude of mourning. Below this square raised structure there is an epitaph in English. The other side of this structure depicts a European and a native soldier paying homage with an inscription below in Urdu. The double-storied gateways are beautifully fabricated with spears, bows & arrows, swords, and inverted cannons, which add to its beauty.

Lord Cornwallis was appointed the Governor General of India and has been remembered for his valuable contributions in establishing the system of permanent settlement, the establishment of Nizamat Sadr Adalat and the second Mysore war, which he won against Tipu Sultan. In July 1805 when Cornwallis was reappointed as Governor-General of India to tighten the administration and establish peace, he suddenly died in the 67th year of his age. When he was traveling on his mission to the north-west, he died at Ghazipur on 5th October 1805. The British inhabitants of Calcutta raised this monument in his honour. 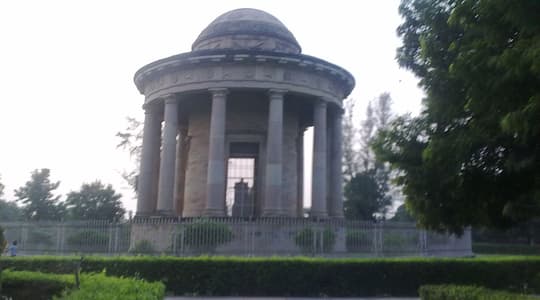 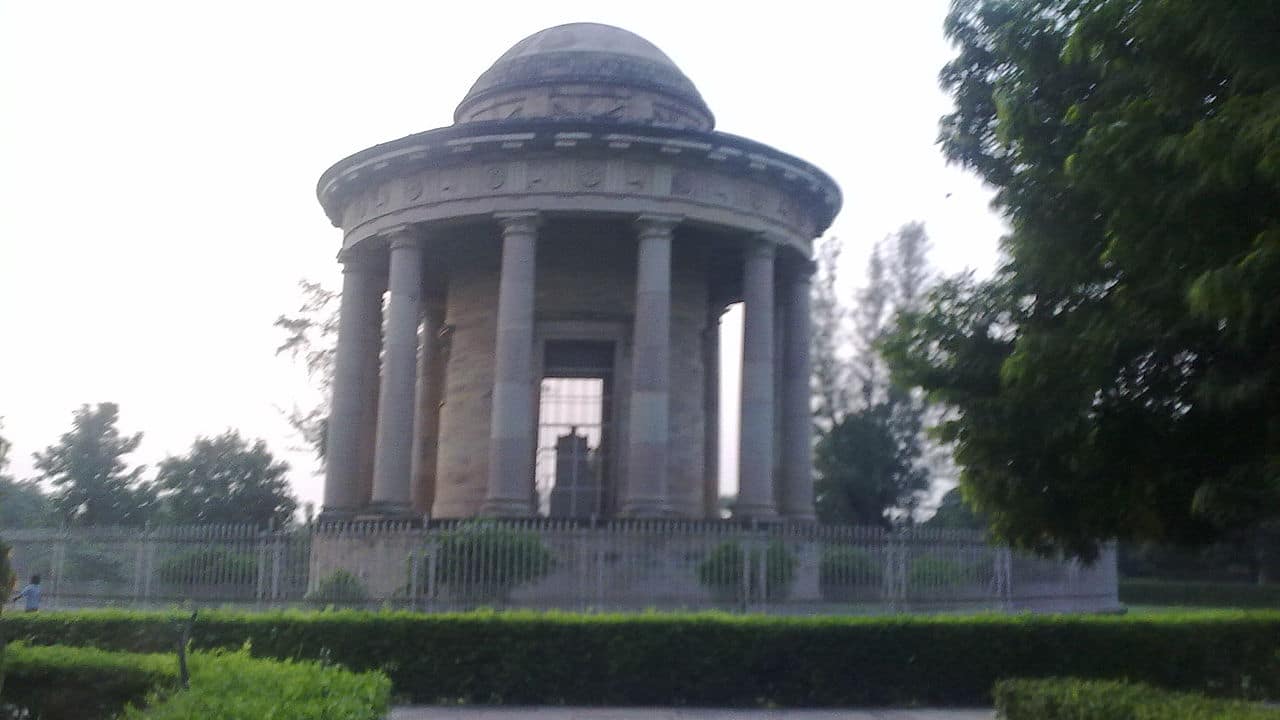