Gingee Fort is currently situated in the district of Villupuram, close to Pondicherry. Its strategic location and effectiveness earned it the moniker of the most impregnable fortress by Shivaji. Even the British referred to it as the “Troy of the East”. This is primarily because of the structure’s geographical location and layout. The fortress itself stretches across three hills – Chandrayandurg in the southeast, Krishnagiri to the north, and Rajagiri in the west – and includes self-contained cities. Seen from afar, it becomes evident that columns and spires merge seamlessly with the craggy outcrop on which it is built. Staircases, functional to this day, have been cut into the sheer sides of the hillocks while stones have been turned into elaborate engravings. Gingee Fort was constructed to accommodate both martial and civilian life. The structure stands at a height of 240 metres and was once surrounded by a moat that was 24 metres wide. However, it also included granaries, prisons, temples, Aanaikulam – a sacred pond – and even a marriage hall. The three sections of the fort are connected by walls which enclose an area of about 11 square kilometres. 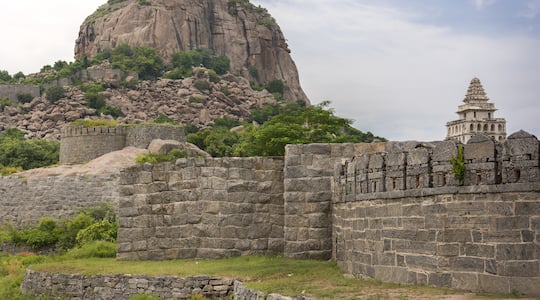 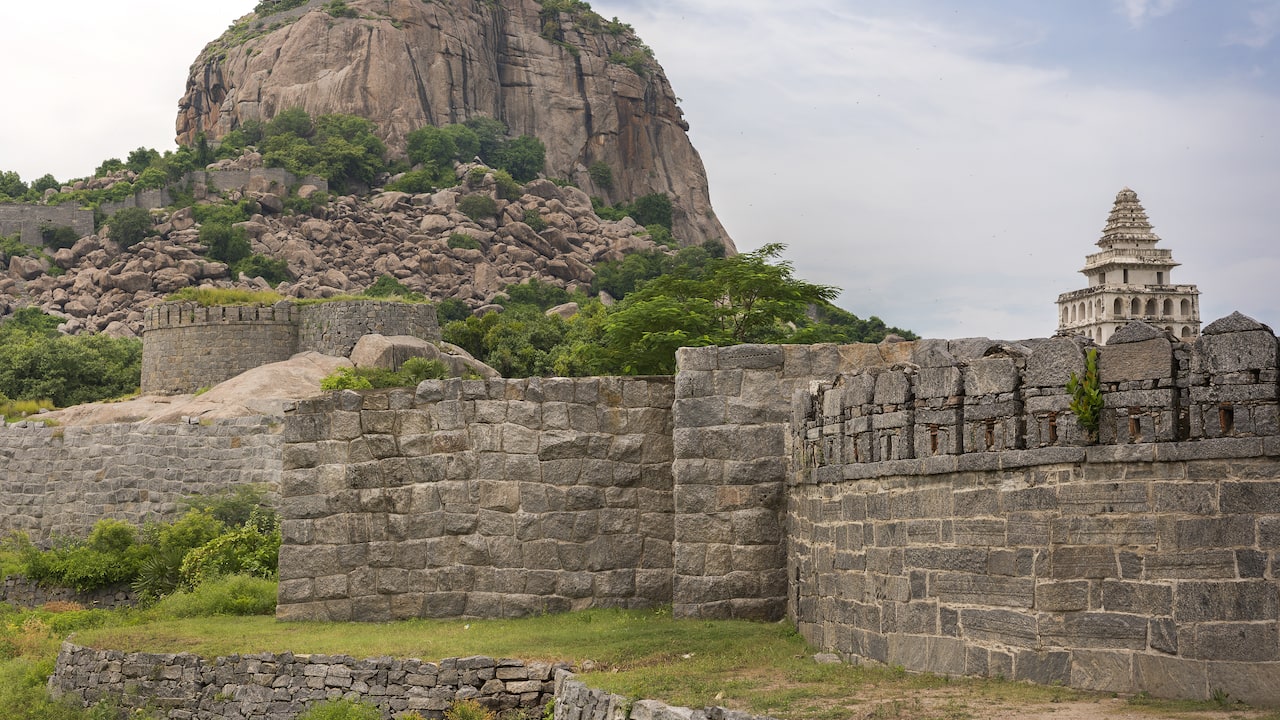