An eminent example of Indian rock-cut architecture, Rock cut Cave Temple is one of the popular historical sites. It is a four-storeyed temple with an east-facing facade with a variation in the depth and plan of excavation of each storey. With eight pillars and seven door openings on the facade, the ground floor is an unfinished low pillared hall. The first storey accommodates three separate sanctuaries for Trimurthi - Brahma, Vishnu and Siva, each with a pillared hall in front. Trinity in Hindu mythology holds a significant place and is worshipped as an embodiment of cosmic functions of creation, maintenance and destruction. There is a pillared rectangular shrine of Anantasayi (Vishnu reclining on serpent couch) on the second storey of the Rock cut Cave Temple. Apart from sculptures that represent Vaishnava deities and legends, the facade of the third floor is adorned with numerous sculptures that include depictions of lions and elephants. Tourists can also capture a beautiful view of ancient sculptures attributed to Chalukyan Period.

The famous Rock cut Cave Temple of Guntur district was discovered in the 7th century. It is said that the cave temple was constructed by the Vishnukundi kings of 420-620 A.D. However, they were inspired by the architecture of Pallava Mahendra Varman. The Vishnukundi kings dedicated the temple to Anantha Padmanabha and Lord Narashimha. The Rock cut Cave Temple is also connected to Buddhism as the temple was used as Rest Houses by Buddhists. 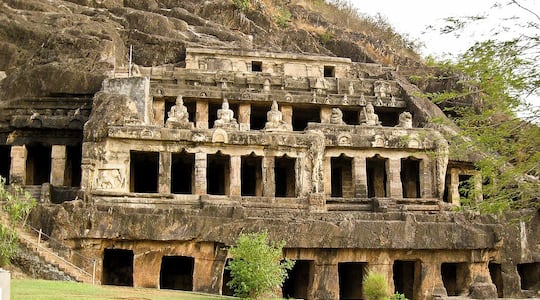 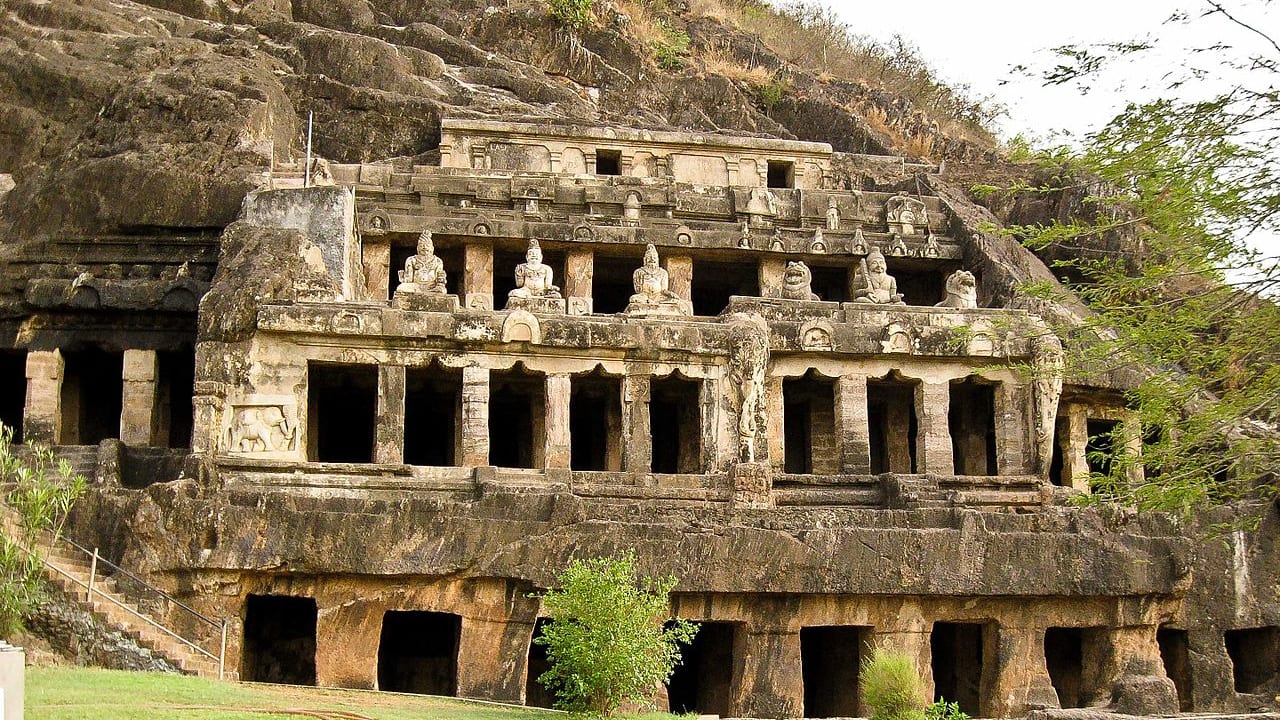