The Hoysaleshwara Temple is also known as the Halebidu Temple and remains a popular spot for visiting tourists. Dedicated to Lord Shiva, the temple displays artwork including scenes from Shaktism, Vaishnavism, Shaivism and Jainism. They include scenes from Hindu epics Mahabharata, Ramayana and the Bhagavat Purana. Just like the Kedareshwara Temple nearby, the Hoysaleshwara Temple is perched atop a jagati, a five to a six-foot-tall platform that aids devotees to circumambulate the garbha griha. Visitors can view the artwork of the temple by walking around. The detailing in the artwork is so intricate and unique that no two structures are alike in their design. The temple has two shrines with a Shiva lingam inside and the third shrine to Lord Surya, or the Sun God. Apart from the sculptures, the temple also displays inscriptions in South as well as North Indian scripts. The scenes depicted on the walls of the Hoysaleshwara Temple are a window into the lives of the people who lived and thrived at the time. They give an idea of their beliefs, lifestyle and ideologies. Nearby are the Kedareshwara Temple and the Jain Basadi. Along with the Hoysaleshwara Temple, all three structures have been proposed to be included in the list of UNESCO World Heritage sites.

Constructed in the 12th century, the Hoysaleshwara Temple was commissioned by King Vishnuvardhana. It is dedicated to Lord Shiva and is one of the largest monuments in Halebidu. The construction of the temple began in 1121 CE and finished in 1160 CE. Its architecture adheres to the typical Hoysala style. Despite being a Shaivite monument, the carvings in the temple depict scenes belonging to Shaivite, Vaishnavite as well as Jain and Shakti traditions. Famous scenes from various mythologies dot the walls. The temple was neglected after it was twice sacked and has, to an extent, affected the sculptures, although they are largely intact. 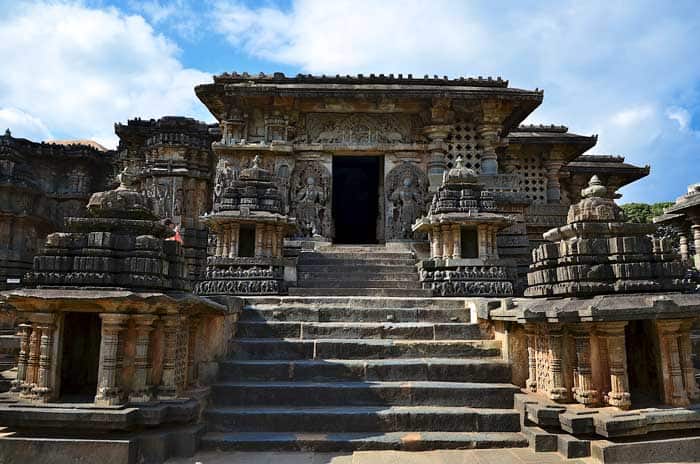 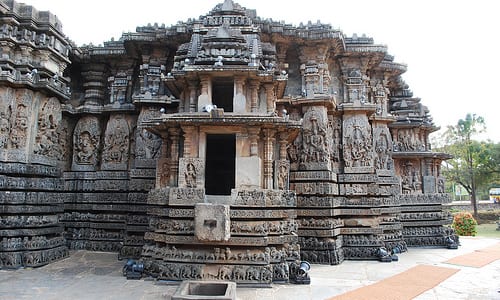 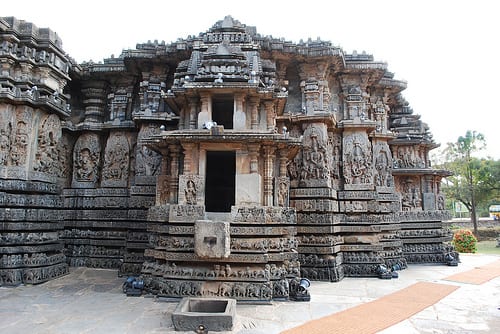 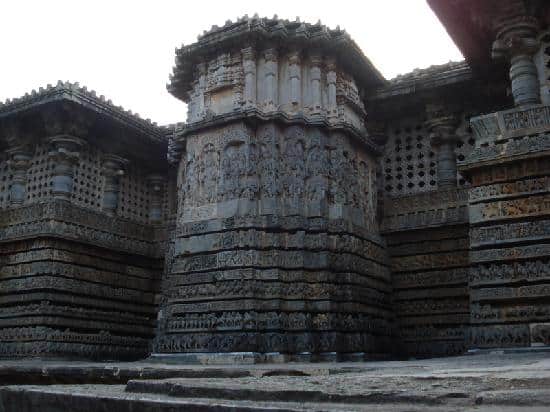 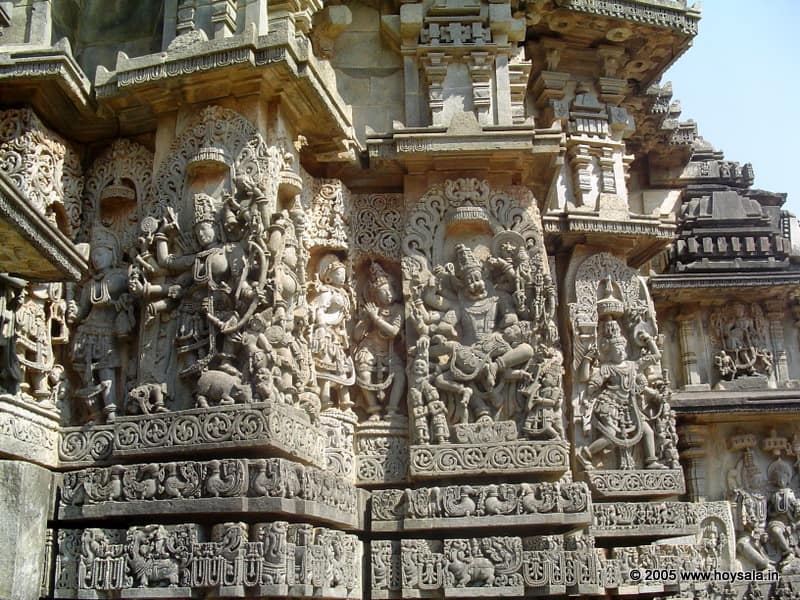