Tucked away in Hulikere, Karnataka lies one of the finest examples of Hoysala architecture. Amidst a flurry of little village homes is a man-made stepwell, also known as Kalyani. The structure is deemed as a milestone in the construction of such wells. The tank features three levels, each with ten steps. Around mid-height, one can find 12 miniature shrines on all four sides. They supposedly represent stellar constellations, the ones that can be spotted in the night sky. Some of these shrines have rising shikharas, while others are devoid of it. Archaeologists and historians believe that these shrines once housed beautifully carved idols of various gods and goddesses. Inscriptions close to the tank assert that structure is approximately a thousand years old. Numerous legends are associated with the tank. One of them states that Kalyani was Queen Shantala’s private pond, while another mentions that it supplied water to the temples around it. Some folklores say that King Sala, who founded the Hoysala Dynasty, lived in Hulikere. The closest airport to Hulikere is in Mysuru, while the nearest railway station is Shrirangapattana. Buses ply every day to and from this little town, connecting it to cities and other developed towns surrounding it.

The Hoysala Empire flourished in Karnataka in South India and is well-known for its unique style of architecture. This style is reflected in the numerous stone temples that line the countryside of Karnataka. One of these spots is located in Hulikere, Karnataka. This little town calls itself home to an ornately carved tank that is surrounded mid-level by around 12 little shrines dedicated to various gods and goddesses, which can no longer be found there. The step well is divided into three levels with a total of 30 steps. The ornately carved little shrines dot the tank, giving it a beautiful look. 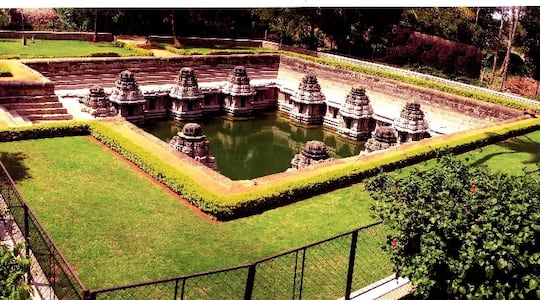 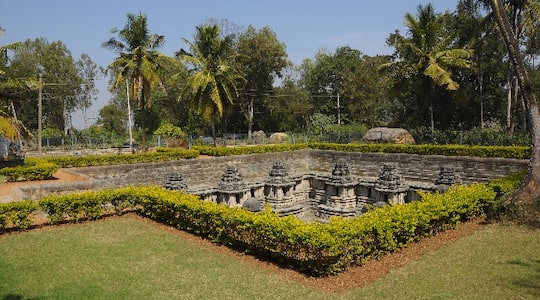