Leh Palace or Lhachen Palkhar is the most conspicuous building on the ridge of Tsemo hill above the old settlements and occupies a commanding position above the town of Leh. The edifice is an architectural wonder and engineering feat of the second dynasty of Ladakhi rulers. According to oral tradition the site was chosen by the King Jamyang Namgyal. The construction of the Palace was completed around 1630 A.D during the reign of King Senge Namgyal. The main designer of the building was a Balti Muslim named Chandan Ali Singge also known as Shinkan Chandan. The structure was completed in a short span of three years. The whole palace is built in Tibetan architectural style with locally available material like stones, sun dried mud bricks, wood of poplar, juniper, and willow procured from different villages in the vicinity of Leh. The foundation of the palace rests over the contours of stable granite rock with perfectly raised corners and a sloping gradient.

The most striking feature of the palace is the slanting wall with banded texture on stone masonry. The horizontal timber lacing is another impressive feature which prevents vertical cracks in the structure. The size of the window on the façade increases from a mere slit near the ground level to highly decorated overhanging balconies (rabsals).

The royal building comprises of nine levels. The two lower levels served as a storage place and foundation for the structure. The palace is entered through an elaborately embellished wooden portico gate known as singe-sgo (the lion gate) at level two on eastern elevation. A flight of stone steps give access to upper levels. Level three is supposed to have rooms for cooks, helpers and servants. Another flight of steps from the corridors of this level leads to an open courtyard known as khatok chenmo - a platform for cultural and social events, as well as to the shrine accommodating the stucco image of ushnishasitatapatra (gsdugs- dkar) at level four. From level sixth, sun dried mud bricks have been used probably to reduce weight on the lower levels.

The Palace was occupied till the time of the Dogra invasion (1834-40) when the royal family shifted to Stok Palace, since then the Palace remained more or less abandoned, due to which the decay began. Both man made and natural factors played an equal role in the decay. The Palace was in a ruined state when Archaeological Survey of India declared the edifice as a Monument of National Importance in the year 1982 and carried out restoration and conservation work gradually in a phased manner, to consolidate the structure and revive the glory of the Palace. 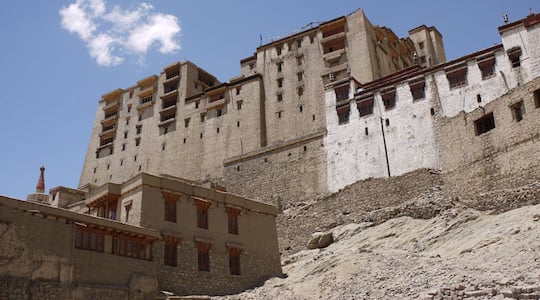 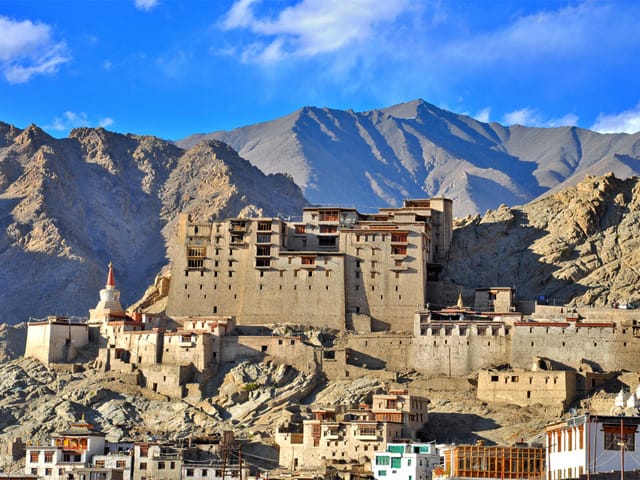 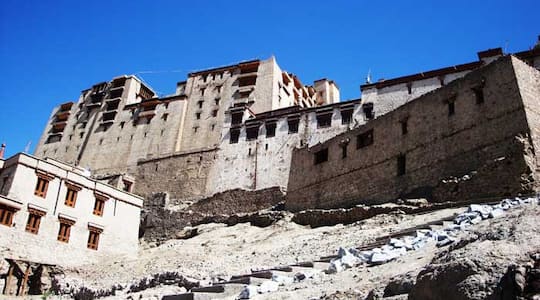 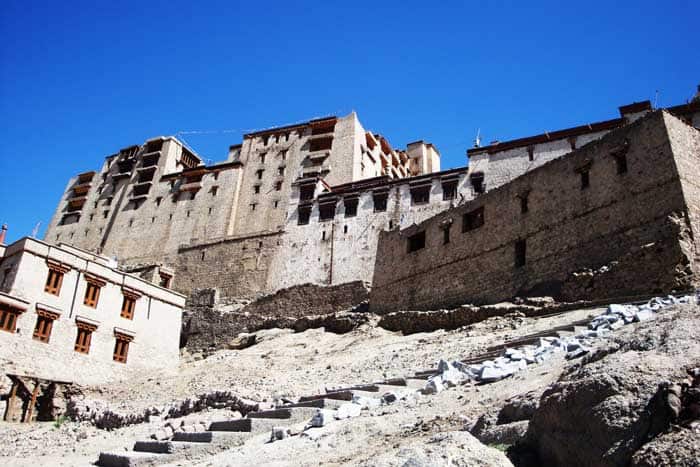