The Bhaja Caves consist of chaityagrihas, viharas and podhis. One of the most prominent features is the chaitya in cave twelve, which has a vaulted ceiling shaped like a horseshoe. The chaityagriha is one of the most prominent features of these caves, and is also one of the earliest of its type. It has some Buddha images, inscriptions and images from mythology. The whole portico imitates a multi-storeyed mansion, with balconies and windows from which stone figures of men and women can be seen observing the scene below. One interesting feature of the chaitya hall is the vaulted ceiling- it is supported by ancient beams made of wood. Astupa is placed at the back of this chaityagriha for worship. Cave eighteen has a rectangular hall and a verandah in the front, and is a monastery. The verandah has two famous reliefs which are very important. One depicts the sun god Surya on a chariot, and the other shows Indra riding an elephant. Two intricately decorated doors in the verandah lead to the hall. The caves have a group of fourteen elaborately carved stupas which are relics of monks who resided and died there, and serve as a cemetery. 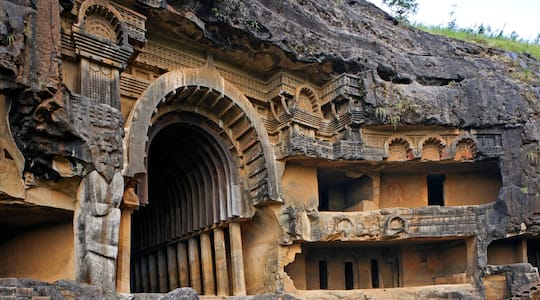 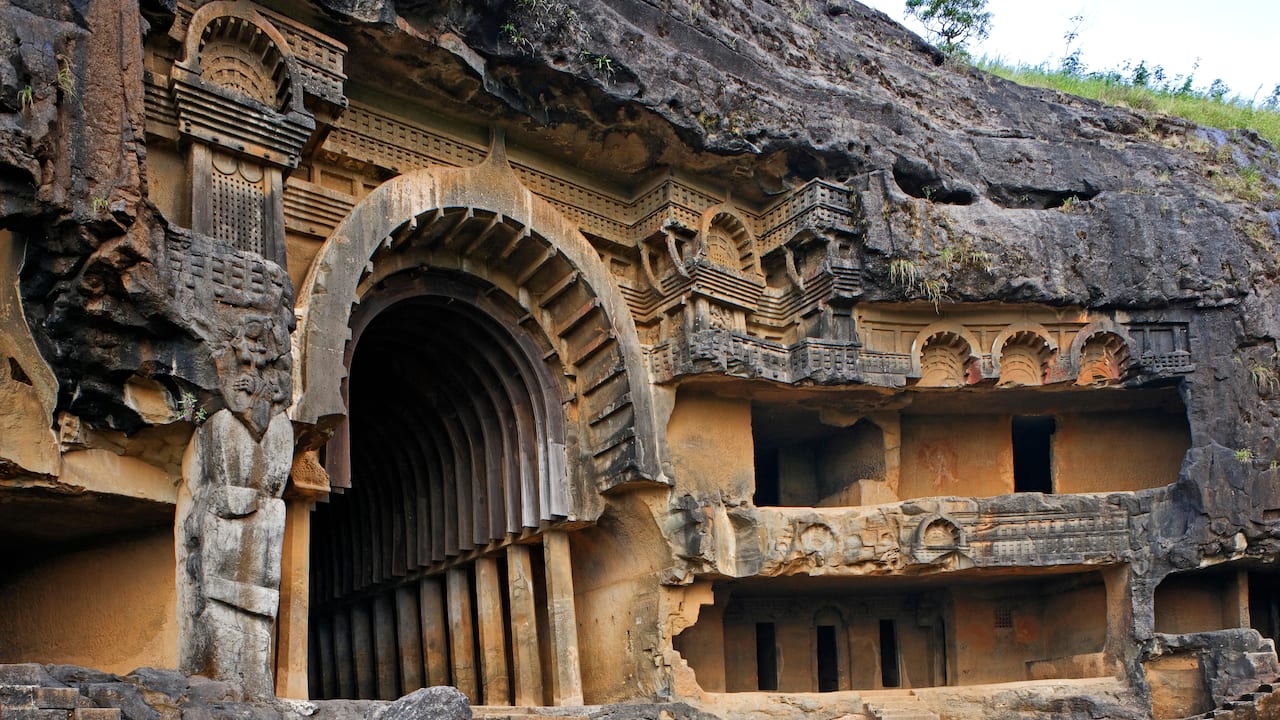