Sirpur is a major archaeological site perched upon the banks of the Mahanadi River. Once the seat of the dynasties of South Kosala, Sirpur is home to a collection of temples dedicated to Hindu as well as Buddhist deities and monasteries, which served as a home to the monks. The group of monuments were built between the 6th and 8th centuries CE when the Sarabhpuriyas and Panduvamsis ruled the region. The Lakshmana Temple, the largest and most imposing building in the group, is a temple dedicated to Lord Vishnu commissioned by King Mahashivagupta Balarjuna’s mother, Vasata. The exquisite architecture depicts stories of Lord Vishnu and his incarnations. The door frames have an ornate display of the Sheshayi Vishnu. The temples in the complex are dedicated to numerous Hindu deities of the Shaivism and Shaktism sects as well as deities of Buddhism and Jainism. Archaeological excavations have yielded a number of Shiva and Vishnu temples, along with Jain and Buddhist viharas, a market and a snana kund or a bathhouse. The town hosts a beautiful fair during the festival of Makar Sankranti in January. The closest airport to Sirpur is the Swami Vivekananda Airport in Raipur. The closest railway station is in Raipur as well.

The Sirpur monuments are a group of monuments belonging to the ancient Indian era. Built between the 6th and 8th centuries CE, the monuments are Buddhist and Hindu temples and monasteries. One of the most important and imposing structures of this group is the Lakshmana Temple built in the 7th century CE under the commission of Vasata, mother to ruler Mahashivagupta Balarjuna. The Lakshmana Temple is dedicated to Lord Vishnu. Although the temple’s mantapa is in ruins today, it was originally held up by a row of intricately carved stone pillars. The frame of the door depicts the Sheshayi Vishnu along with his other avatars. 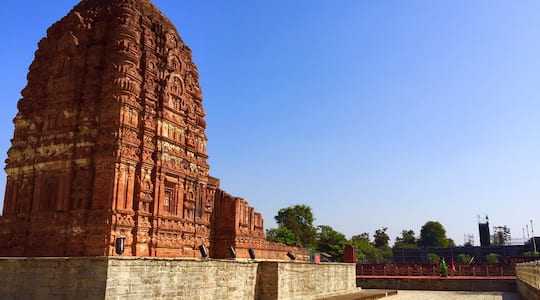 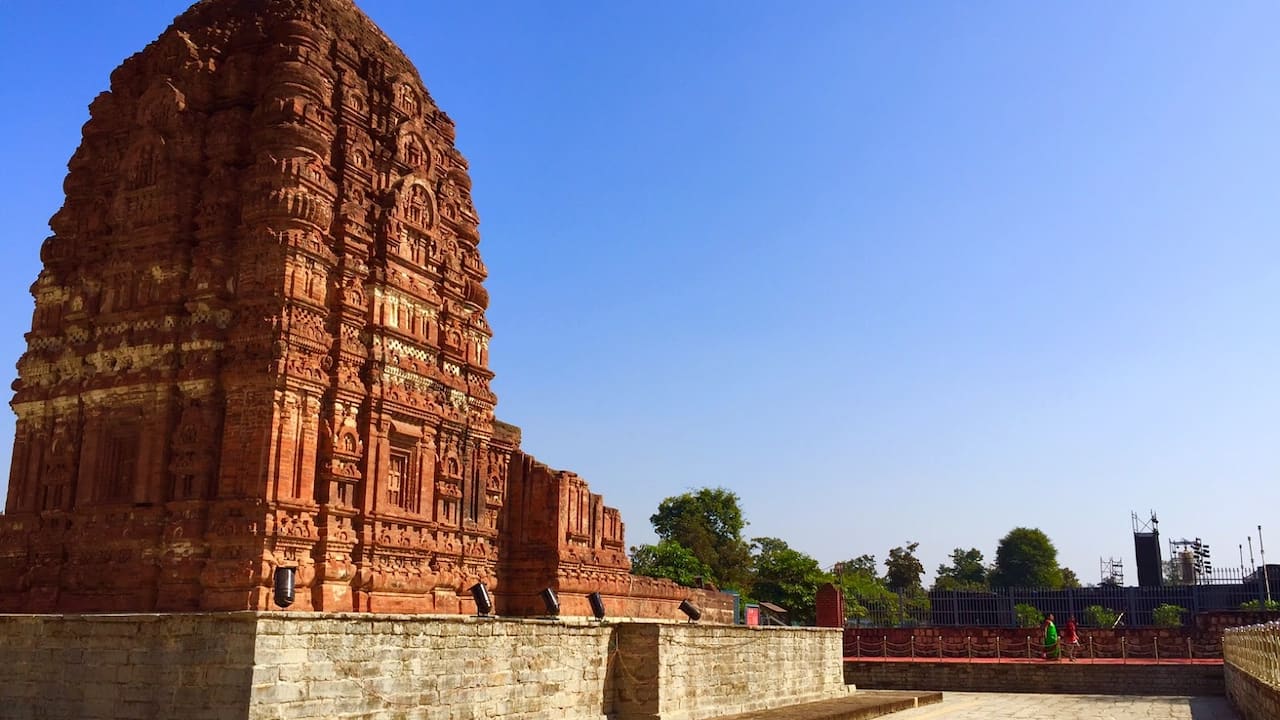 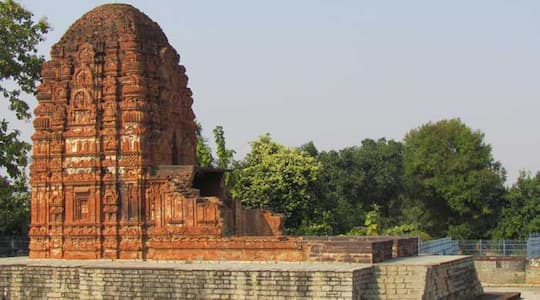 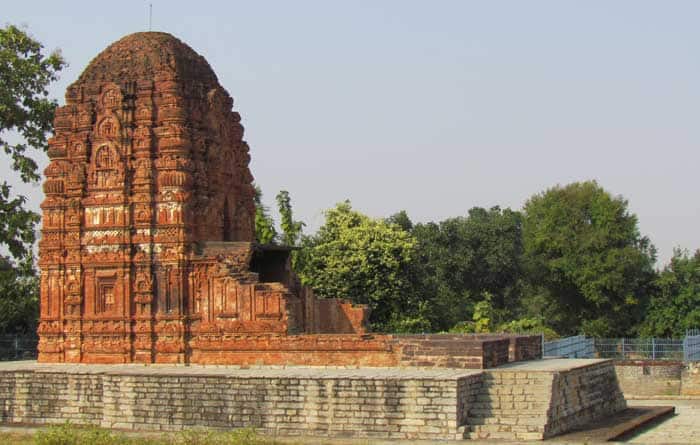 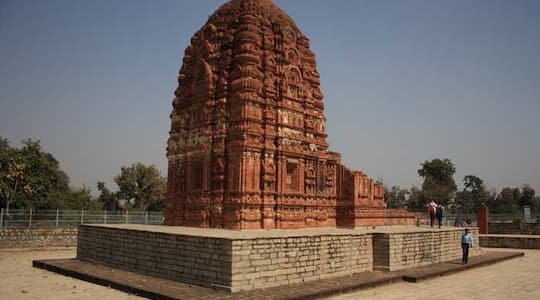 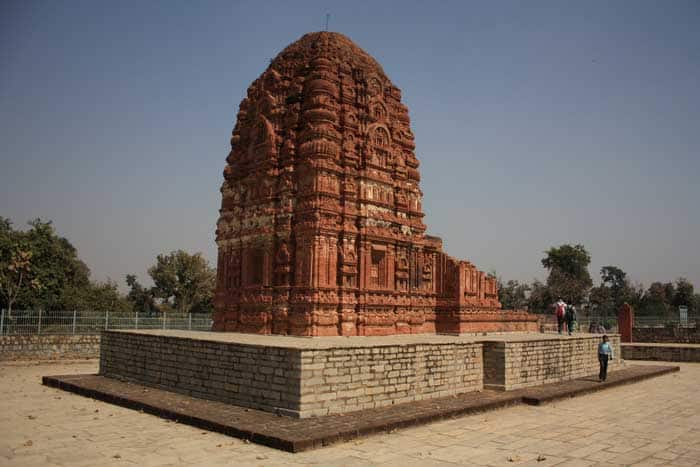 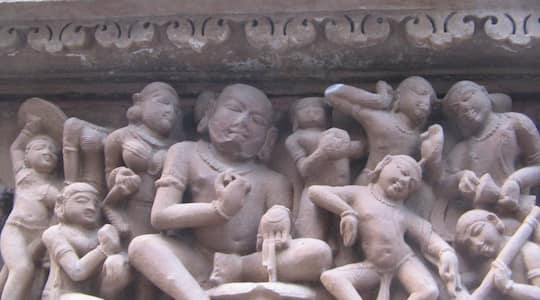 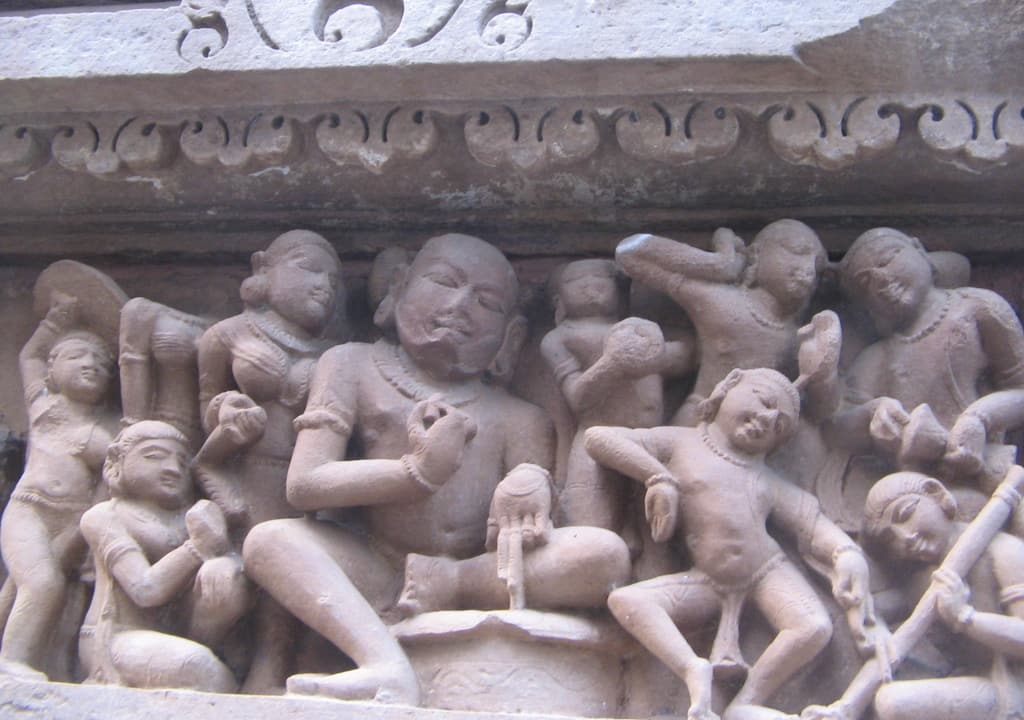