The excavations at Purana Qila revealed the earliest settlement around 1000 BC. It is represented by Painted Grey ware and with a continuous cultural sequence from Mauryan period to the Mughal period through Sunga, Kushana, Gupta, Rajput and Sultanate ones. Various objects and pottery, were recovered during the excavations from the strata of different periods, are on display in the site museum.

The museum also displays antiquities recovered from various parts of Delhi during excavations. The entire premise of the fort is very vast and the museum houses numerous objects that tell the vibrant past of Delhi.

# The timings for the historic Purana Qila are from 9 am to 7 pm. This monument is open throughout the week from Sunday to Saturday. You can also check the details about the Purana Qila opening hours online on Yatra.com.
Additional Info: There are other tourist places to visit in Delhi like Red Fort, National Handicrafts and Handloom museum, Agrasen Ki Baoli, Rashtrapati Bhawan Museum, Qutub Minar, and more.

# The Purana Qila address is Mathura Road, near Delhi Zoo, 110003.
Additional Info:The Purana Qila location is quite close to some of the good hotels like La Sagrita, Jukaso Inn, Ahuja Residency, Basera Bed and Breakfast, and Vivanta by Taj Ambassador.

# The ticket price for Purana Qila for Indian nationals is Rs 15. For foreign visitors the ticket price is Rs 200. The Purana Qila entry fee for SAARC and BIMSTEC visitors is Rs 15 each.
Additional Info:A few things to do in Delhi are taking a guided tour of the Red fort, driving down Rajpath, visiting the Indira Gandhi Museum, visiting Agrasen Ki Baoli, and visiting the Jama Masjid to take breathtaking photos in front of the monument.

* The Purana Qila is over 5,000 years old and is known to be one of the oldest forts in the city of Delhi.

* The Purana Qila erstwhile served as the capital of the Pandavas when it was known as the kingdom of Indraprastha.

Lying on the bank of the River Yamuna, Purana Qila is also famed as Dinpanah meaning the ‘refuge of the faithful'. It was built between 1538 and 1545 by the Mughal emperor Humayun with the aim of constructing his own city. But naturally, the Old Fort did not bear the name of its creator as other emperors kept coming to power and they erected its structure. After Sher Shah won over Humayun, most of the structures inside the Fort were destroyed and renamed. But, when Humayun recaptured his city from Sher Shah's son he took the task of completing the city and rebuilding its old glory. 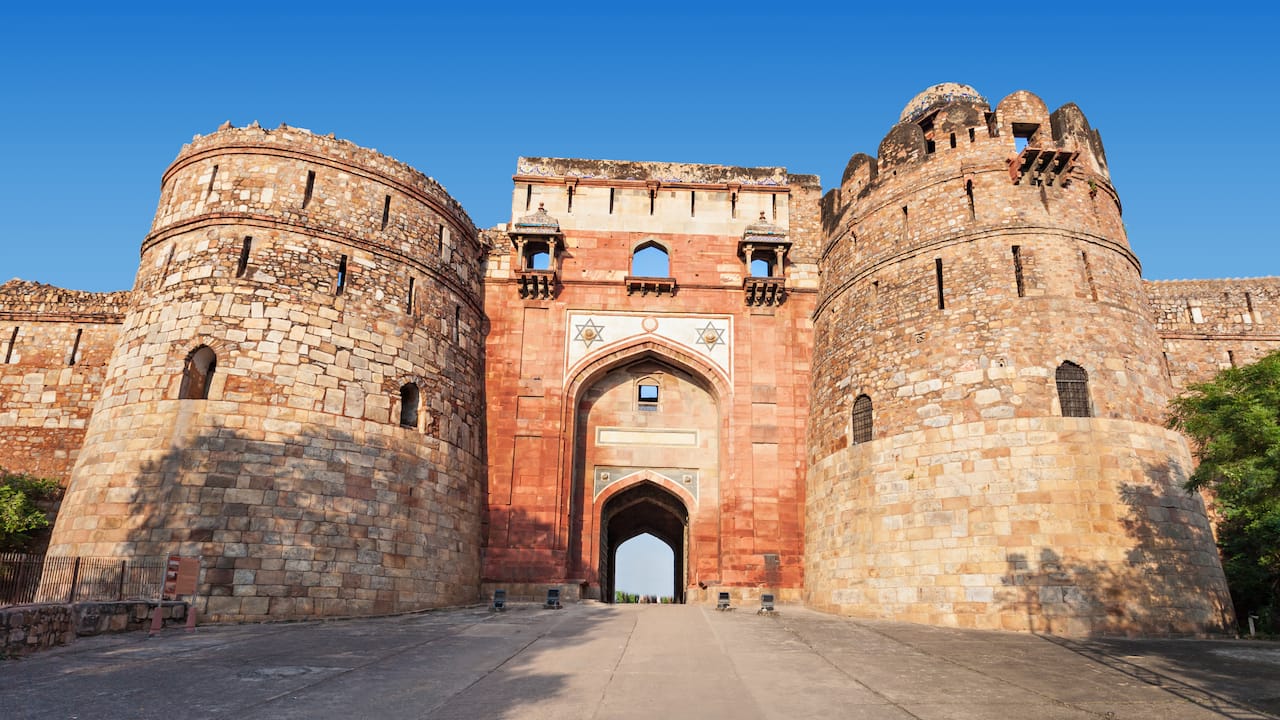