Rani-ki-Vav, on the banks of the Saraswati River, was initially built as a memorial to a king in the 11th century AD. Stepwells are a distinctive form of subterranean water resource and storage systems on the Indian subcontinent, and have been constructed since the 3rd millennium BC. They evolved over time from what was basically a pit in sandy soil towards elaborate multi-storey works of art and architecture. Rani-ki-Vav was built at the height of craftsmens' ability in stepwell construction and the Maru-Gurjara architectural style, reflecting mastery of this complex technique and great beauty of detail and proportions.

Designed as an inverted temple highlighting the sanctity of water, it is divided into seven levels of stairs with sculptural panels of high artistic quality; more than 500 principle sculptures and over a thousand minor ones combine religious, mythological and secular imagery, often referencing literary works. The fourth level is the deepest and leads into a rectangular tank 9.5 m by 9.4 m, at a depth of 23 m. The well is located at the westernmost end of the property and consists of a shaft 10 m in diameter and 30 m deep.

Rani-ki-Vav is an exceptional example of a distinctive form of subterranean water architecture of the Indian subcontinent. This stepwell, which is located on the banks of the Saraswati River in Patan. Initially built as a memorial in the 11th century CE, the stepwell was constructed as a religious as well as functional structure and designed as an inverted temple highlighting the sanctity of water. Rani-ki-Vav is a single-component, water management system divided into seven levels of stairs and sculptural panels of high artistic and aesthetic quality. It is oriented in an east-west direction and combines all of the principle components of a stepwell, including a stepped corridor beginning at ground level, a series of four pavilions with an increasing amount of storeys towards the west, the tank, and the well in tunnel shaft form. More than five hundred principle sculptures and over a thousand minor ones combine religious, mythological and secular imagery, often referencing literary works.

Rani-ki-Vav impresses not only with its architectural structure and technological achievements in water sourcing and structural stability, but also in particular with its sculptural decoration, of true artistic mastery. The figurative motifs and sculptures, and the proportion of filled and empty spaces, provide the stepwell's interior with its unique aesthetic character. The setting enhances these attributes in the way in which the well descends suddenly from a plain plateau, which strengthens the perception of this space.

Criterion (i): Rani-ki-Vav (The Queen's Stepwell) at Patan, Gujarat, illustrates an example of the artistic and technological height of stepwell tradition. It has been decorated with religious, mythological and at times secular sculptures and reliefs, illustrating a true mastery of craftsmanship and figurative expression. The stepwell represents an architectural monument of human creative genius in its variety of motifs and its elegance of proportions, which frame an intriguing space, both functional and aesthetic.

Criterion (iv): Rani-ki-Vav is an outstanding example of a subterranean stepwell construction and represents a prime example of an architectural type of water resource and storage system which is widely distributed across the Indian subcontinent. It illustrates the technological, architectural and artistic mastery achieved at a stage of human development when water was predominantly resourced from ground water streams and reservoirs through access of communal wells. In the case of Rani-ki-Vav, the functional aspects of this architectural typology were combined with a temple-like structure celebrating the sanctity of water as a venerated natural element and the depiction of highest-quality Brahmanic deities. 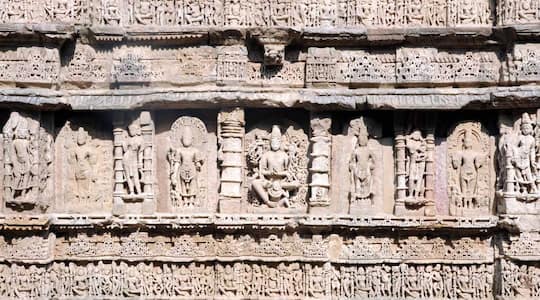 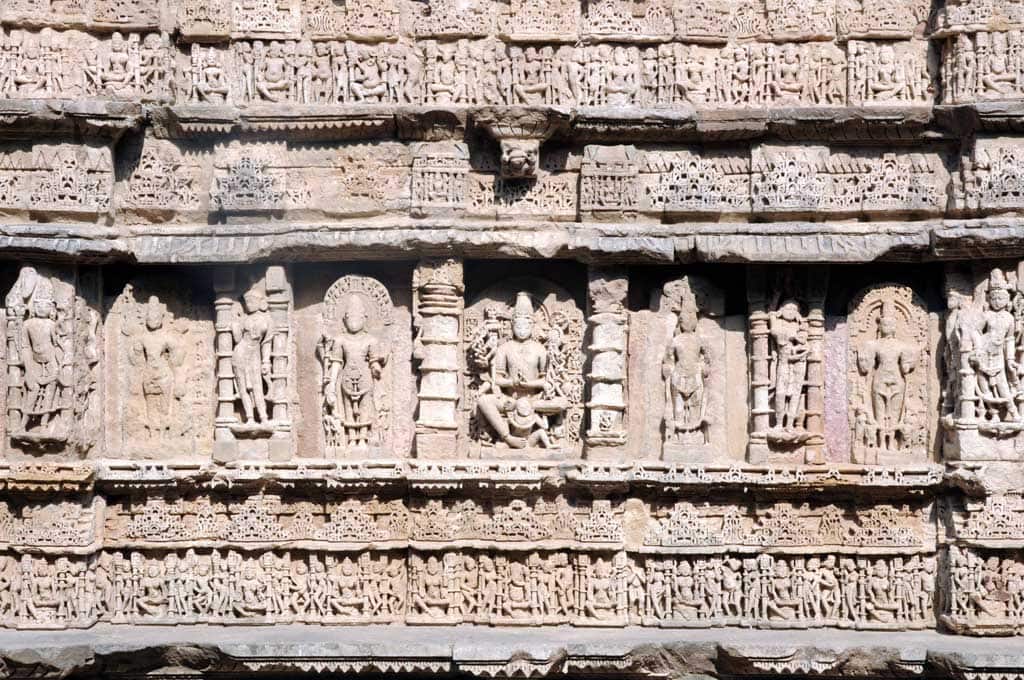 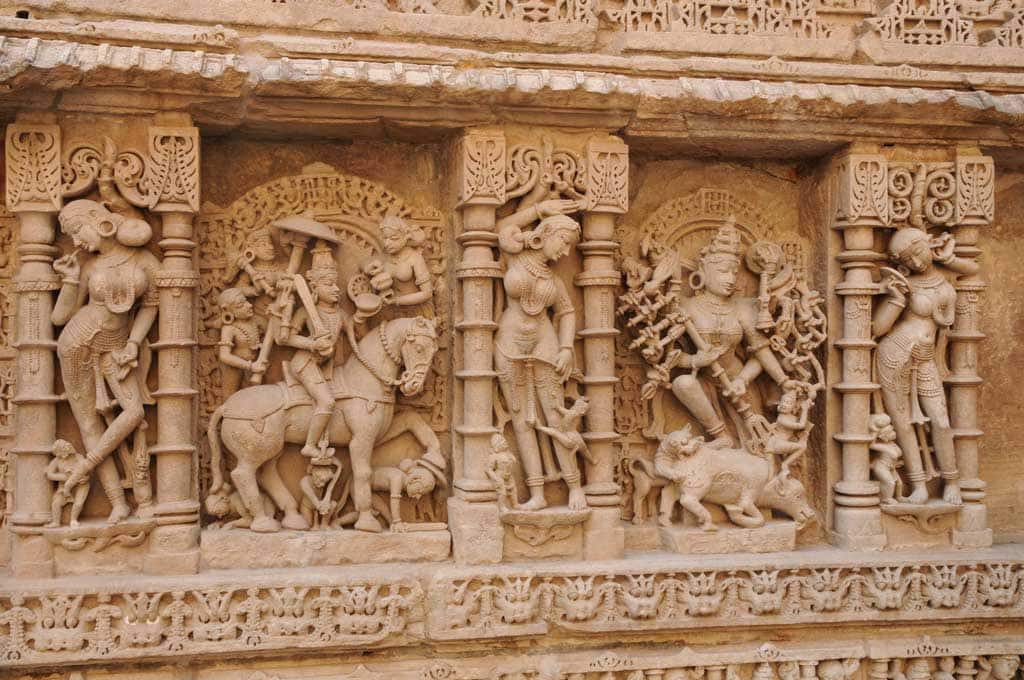