About Site of Mauryan Palace

Ancient literature refers to Pataliputra as the small village where Buddha had noticed the construction of a fort under Rajagrih’s King Ajatashatru’s rule. This was done to defend Magadha Empire against the Vaisalis. Pataliputra remained the capital of many dynasties such as Saisunaga, Sunga, Nanda, Maurya and Gupta. This site was also the centre of commerce, education, religion and art. Pataliputra was first accounted in the municipal administration data during 300BC, by the Greek ambassador Megasthenese. This was during the reign of Chandragupta Maurya when Megasthenes’s book Indica was published. The town of Pataliputra was built along the Ganges, with a total circumference of 36 km, which was protected by huge Palisades. The remains of these wooden palisades have recently been discovered in the site of the Mauryan Palace. Visit the site of the Mauryan Palace and walk through the ruins of the assembly hall of eighty pillars. This was brought to light during the 1912-1915 excavation conducted by the Indian Archaeological Survey, aided by Ratan Tata. While eight pillar pits were found in the later years, the initial excavation showcases 72 pits of rubble and ash that marked where the pillars stood. The site also houses the Arogya Vihar of the hospital-cum-monastery from the Gupta period.

Kumrahar is located 6kms to the east of the Patna Railway Station in Bihar and houses the archaeological remains of Pataliputra, an ancient city of the Mauryan era. The site of the Mauryan Palace and the relics found here include the 80-pillared hall called Arogya Vihar. This was used as an official site by Dhanvantari, an early medical practitioner in India. It is also considered the source of Ayurveda, Durakhi Devi Temple and a Buddhist Monastery. The relics excavated in this site represent the four continuous periods during the regime of three great emperors between 600BC and 600AD. These three ruling dynasties include Ajatashatru of the Haryanka Dynasty, Chandragupta of the Mauryan kings and Emperor Ashoka. 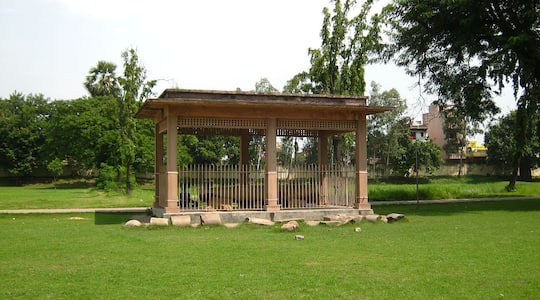