A UNESCO World Heritage Site, Champaner-Pavagadh Archaeological Park is located around the historical city of Champaner and situated in the present-day district of Panchmahal in Gujarat. This ancient park comprises an array of forts starting from the top of Pavagadh hills towards the ancient city of Champaner. This archaeological park has age-old chalcolithic monuments and a fort on the hill. Around the premises of the fort, there are several palaces, entrance gates and arches, mosques, tombs and temples, residential complexes, agricultural structures and water installations such as stepwells and tanks. These monuments date back between 8th to 14th century.

The Kalika Mata Temple located on the Pavagadh Hill attracts scores of devotees throughout the year. This place is also visited by historians, who observe the monuments to understand the transition between Hindu and Muslim architecture between the 15th and 16th century.

# The timings for Champaner-Pavagadh Archaeological Park are from 8.30 am to 5 pm. You should check the opening hours from your local guide before visiting this ancient park.
Additional Info:There are other tourist places in Champaner to see such as Pavagadh Fort, Jami Masjid, Kalika Mata mandir, Kevada masjid and more.

# The ticket price for Champaner-Pavagadh Archaeological Park for Indians is Rs 30 per person. Foreign tourists have to shell out Rs 500. The entry fee for SAARC and BIMSTEC tourists is Rs 30 each.
Additional Info: Champaner-Pavagadh is 146 km from Ahmedabad and there are many things to do in Champaner like visiting places such as Lakulisa temple, Pavagadh Hill, Saat Kaman, Makai Kothar. You can also sample a Gujarati thali.

# You can now buy tickets for Champaner-Pavagadh Archaeological Park online from Yatra.com. Book tickets online on the travel portal for museums, historical monuments and sites in India and bid adieu to long queues.

* The Pavagadh hill is made of reddish-yellow stone which is one of the oldest rock formations in India.

* Pavagadh hill used to be a famous Hindu fortress ruled by the Solanki kings of Gujarat passed on to the Khichi Chauhans.

Champanaer-Pavagadh Archaeological Park is a UNESCO World Heritage Site, located in the ancient city of Champaner. This area of 1,329 hectares comprises a large number of historical monuments. According to historical data, this place was inhabited during the Chalcolithic period. This area has come under the rule of Chavda Empire, Khalji Dynasty, Chauhan Gurjars, Solanki kings, Khichi Chauhans, Sultan Begada, Mughal Empire and British. 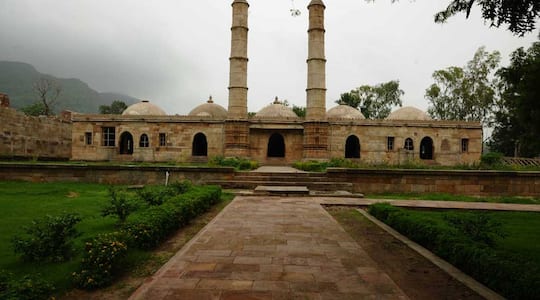 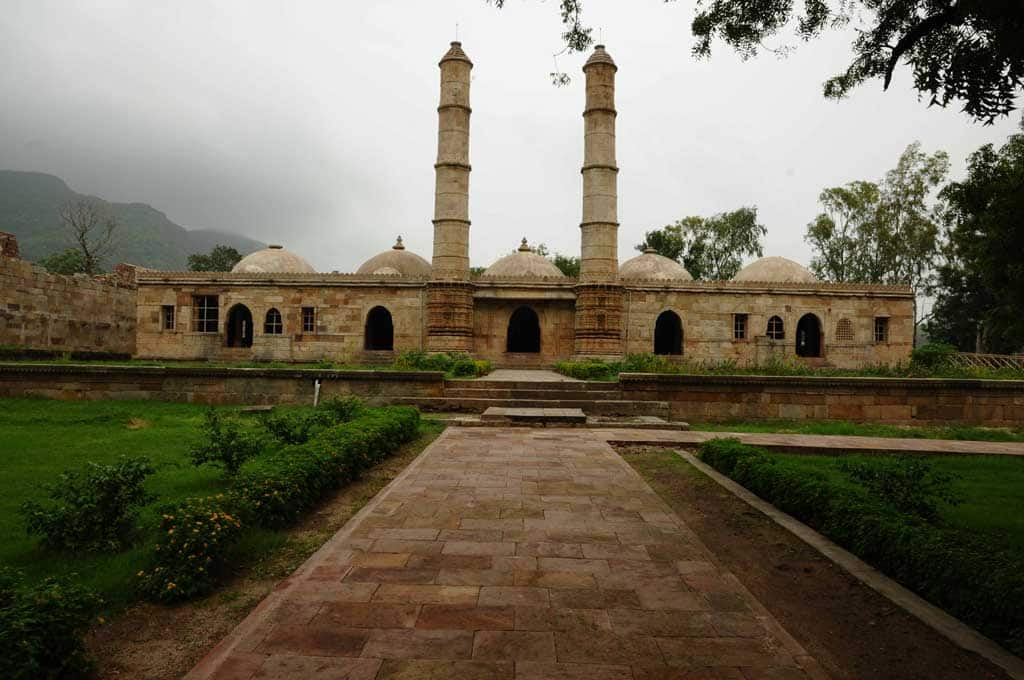