History enthusiasts will find the Eladipattam caverns fascinating for the snapshot they provide into ancient south Indian history. They are home to historic murals that can be dated back to the waning of the subcontinental Iron Age and the re-emergence of the urbanization in the region. The caves are situated in the Sittannavasal district, which, according to historians, is etymologically derived from ‘Chir-ran-nal-vaa-yil’, roughly translating to ‘abode of great saints’. In fact, it is not only the frescoes of Eladipattam attract numerous visitors to the site, but the presence of seventeen stone beds that were once used by Jain monks as resting spots that hold significant historic value – the earliest carvings in Tamil Brahmi on the stone beds can be dated back to as early as the 1st century BC. Other inscriptions can be dated upto the 10th century AD. The site is also home to a Jain temple that has been carved out of the rock face, known as Arivar Koil (Arivar temple). The paintings in the temple depict lotus flowers and other images of flora and fauna. Unfortunately, since these were created using vegetable dyes, very little of the original paintings still remain. Several restorations have been attempted to save what is salvageable. Even if that is a small fraction, it is an intriguing glimpse at our origins. 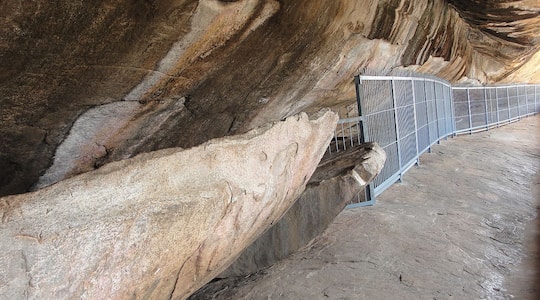