Being one of the top tourist destinations, Tirumayam Fort is a site of great historical significance. Known for receiving huge tourist traffic throughout the year, the Fort is symbolic of India's rich heritage and cultural beliefs. Often addressed as Oomayan Kottai, the Fort is representative of history which dates back at least 300 years. Standing high on rugged rocks and boulders, Tirumayam Fort is famous for its aesthetics and architectural brilliance. Located on the Pudukottai road in Tamil Nadu, the Fort has three entrances in three directions - the north, south and east. All these entrances are dedicated to the shrines of deities of religious and historical importance, Hanuman, Sakthi, Ganapathi and Karuppar. Around the lower wall of the Fort there is a moat, and on top of a rock, there is a bastion with a canon of British origin. Also, a natural pond situated to the south of this platform reflects peace and harmony. In addition, three rock-cut temples are located on the southern slope of the Fort, out of which two are dedicated to Lord Siva and the third to Lord Vishnu. Tourists can capture the excellent view of the Tirumayam Fort and can explore the monument for its historic and religious relevance.

Constructed by the Raja of Ramnad in 1687, Vijaya Raghunatha Sethupathi, Tirumayam Fort was an important stronghold of rebel chieftains in the Polygar Wars. Tirumayam Fort is popular as one of the largest rock inscriptions in Tamil Nadu. These inscriptions date back to the reign of Maravarman Sundara Pandya II, Jatavarman Veera Pandyan III and Jatavarman Parakrama Pandyan. The fort also served as a place to hide for famous freedom fighters Veerapandiya Kattabomman and his brother Umaiturai. It is not only symbolic of the glory attained by such heroic figures but is also emblematic of their courage and power. 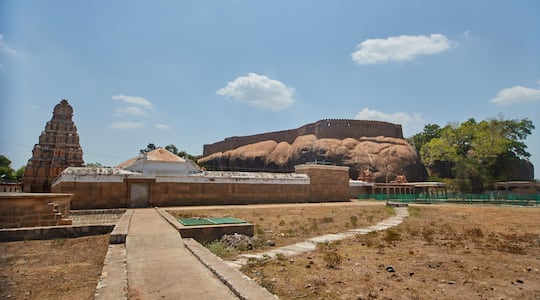 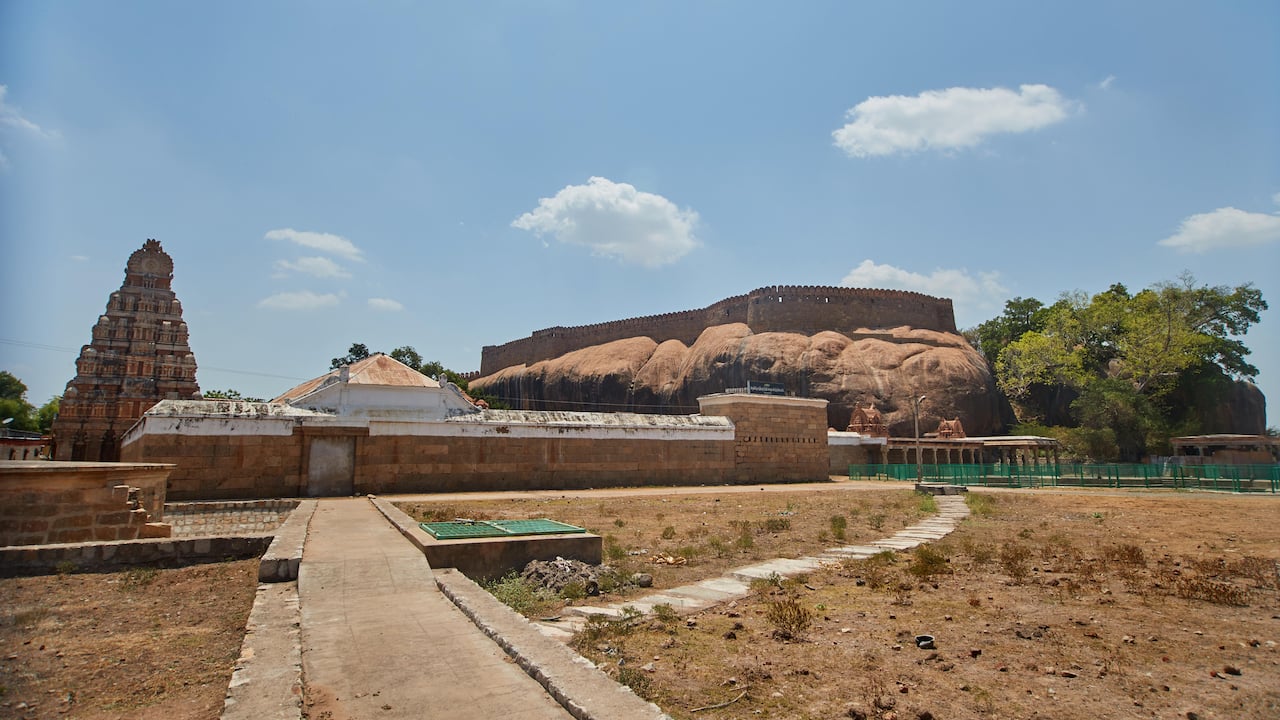