About Caves, Temples and Inscriptions, Karla

Karla Caves is a heritage complex situated in the Maval area on the Mumbai-Pune Highway. There are 15 caves and a monastery in this rock-cut complex, believed to be carved by the Buddhist followers. The caves are an architectural, sculptural, and historical wonder. Though the complex is not as sprawling as Ajanta and Ellora caves, its chaityagriha in cave number 8 is the largest in India. The cave has 37 octagonal pillars and several sculptures grace this hall that is 37.87 metre long, 13.87 metre wide and 14.02 metre high. The facade is made of teak wood while the path to the hall is adorned by an arch cut in the shape of a horseshoe. There are several sculptures of the Buddha and Bodhisattvas carved in the verandah as well as a shrine of Goddess Ekvira. The caves also have large windows carved-out on the walls for daylight to come in. The complex was built with the help of donations from wealthy families, merchant guilds, monks and nuns, and individuals. The inscriptions in Brahmi script and Prakrit language on the pillars name a few donors, including 27 individuals from places like Sopara, Vejamti (Banavasi), and unidentified towns of Umehanakata and Dhenukakata. 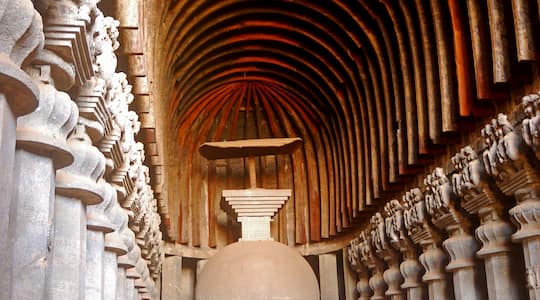 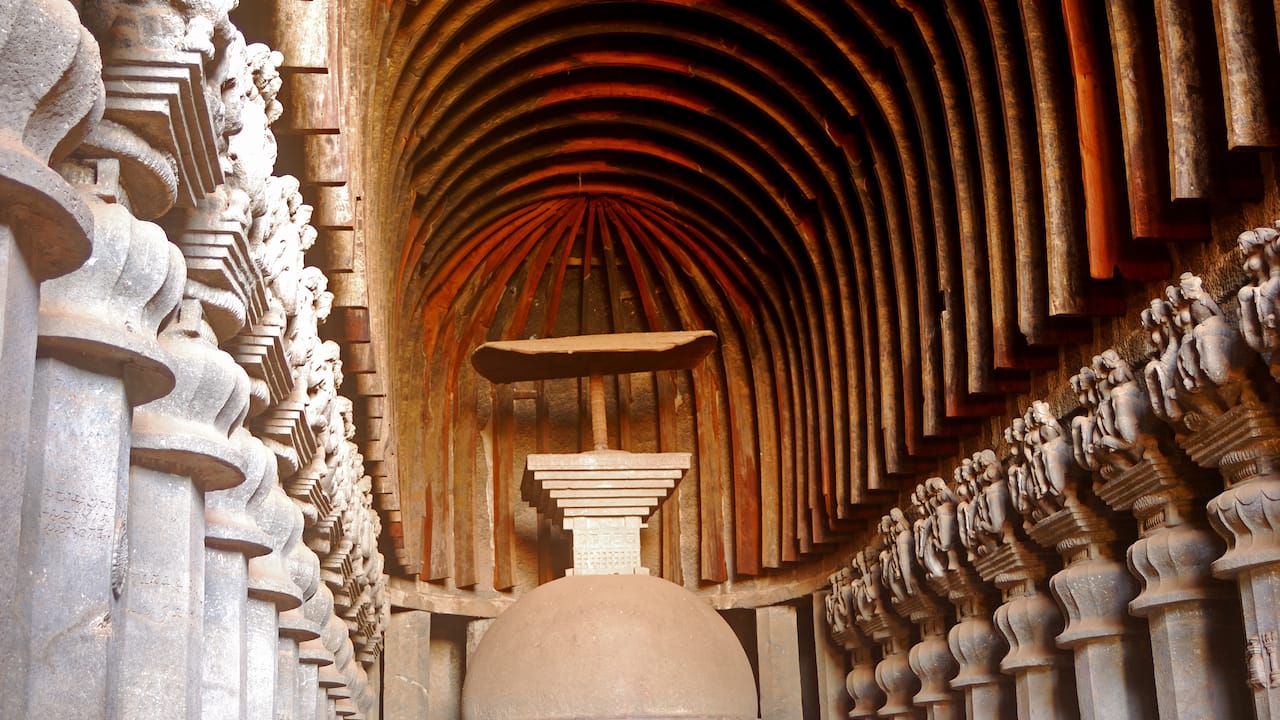