About Ancient Temple of Martand

Dating from the 8th century, the Martand Sun temple is a fine example of the architectural achievements of the ancient Karkota dynasty of Kashmir. Built on a plateau overlooking the Kashmir valley, archaeological evidence points to a fusion of the Gandhara, Gupta, Chines, Roman, Syrio-Byzantine and Greek styles of architecture in this unique structure. Initially built on the orders of Raja Ranaditya, the temple is said to have been completed by Lalitaditya Muktapida, who dedicated it to the presiding deity - Surya. The temple was razed in the 15th century on the orders of the local ruler, leaving us with the ruins that we see today. The temple courtyard is an imposing 220 feet by 142, and comprises of a collonaded courtyard, with 84 small shrines surrounding the primary shrine. The walls are replete with beautiful carvings of the primary god Surya, and other deities of the pantheon including Vishnu, and the river goddesses Ganga and Yamuna. Archaeological Survey of India has declared the Martand Temple to be a structure of national importance, with the temple appearing in the list of centrally protected monuments as Martanda (Sun Temple). It has also served as a backdrop for a sequence in the Bollywood film, Haider.

The Tareekh-e-Hassan, the oldest recorded history of Kashmir, states that Raja Ranaditya of the Karkota dynasty built the city of Babul in the Karewas of south Kashmir. In front of his royal palace, he built the Martandeshwari Temple in around 370 - 400 CE. Lalitaditya Muktapida of the same dynasty is said to have completed the temple in the 8th century, dedicating it to the presiding deity of Surya (Martanda in Sanskrit; hence the name). In the 15th century, the local Islamic ruler Sikander Butshikan was said to have ordered the destruction of the temple, with the process lasting well over a year. 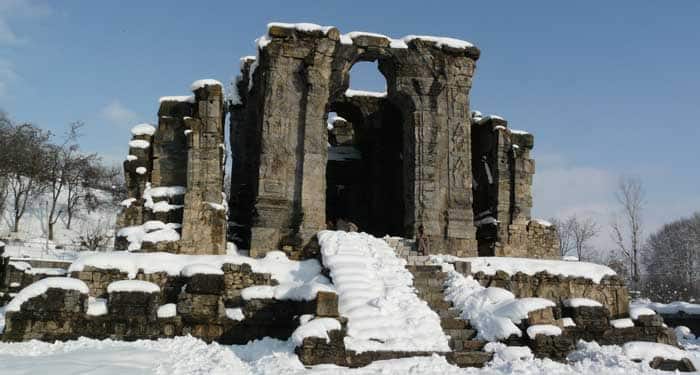 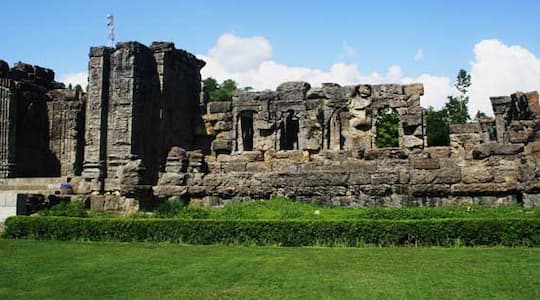 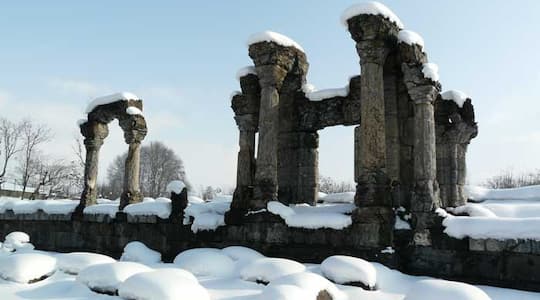 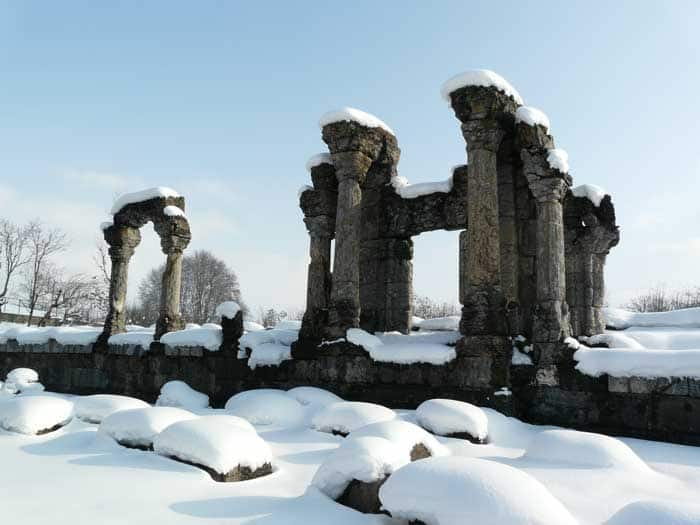