Considered as one of the oldest site museums of the Archaeological Survey of India, Sarnath Museum houses finest illustrations of Buddhist art and other significant remains. To display the antiquities ranging from 3rd century B.C. to 12th century A.D., the museum comprises five galleries and two Verandahs. The major attraction of the museum is the Lion Capital of the Mauryan Pillar situated in the center of the gallery. It is 2.31 meters in height and has also been adopted as the National Symbol of India. The main hall is the entrance to the museum inside which, one can see various edifices containing images of Buddha in different postures. Moreover, the standing Bodhisattva images in red sandstone are also unique and captivating. The awe-inspiring Buddhist artifacts inside the museum are worth exploring. Notably, the museum also has a collection of the Mauryan, the Kushana and the Gupta periods sculptures and figures. Some of the other significant antiquities displayed in the gallery are Leograph, inscription of Kumardevi and Ramgrama stupa among others.

Considered as one of the four most significant Buddhist Pilgrimage centers, Sarnath was called Rishipatana as the bodies of 500 Sages fell here after their attainment of Salvation. The excavations carried out at this place prove that the great Mauryan emperor, Ashoka raised various monuments at this place. The historians started taking interest in Sarnath in 1798 after which excavations were conducted by Sir Alexander Cunningham. The Government of India took a decision in 1904 to construct a site museum adjacent to the excavated site at Sarnath to house the antiquities found at the site. Also, this museum was created due to the initiatives of the then Director General of Archaeology in India, Sir John Marshall. 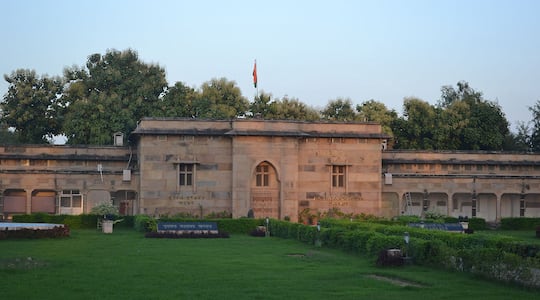