About Dhamekh Stupa in Sarnath

The sacred Sarnath is located in Uttar Pradesh, around 10 kilometres from the city of Varanasi. It is the place from where the Buddhist Sangha came into existence upon the enlightenment of Kondanna, a Buddhist monk who was a follower of Gautam Buddha. Sarnath is a significant place not only for the Buddhist community but also for the whole country. It is where our national emblem, ‘The Ashoka Pillar’ resides. The 50-meter-tall pillar marks the visit of emperor Ashoka to Sarnath. It features four lions and an ox, a horse, an elephant and another lion on the chakra resting on a lotus which is the symbol of Buddhism. Sarnath the sacred place attracts thousands of tourists from across the globe for it’s rich history and its authentic association to Buddhism. The Chaukhandi Stupa at Sarnath holds immense religious and historical significance and is one of the most popular attractions. Built in the 5th century, the stupa marks the place where Lord Buddha met his disciples for the first time. The Tibetan Temple at Sarnath has been another popular tourist attractions. It offers an explicit Tibetan Buddhist architecture with Prayer Wheels and the white statue of Shakyamuni, Buddha. The Thai Temple at Sarnath also attracts a lot of tourists worldwide. The calm and peaceful temple is maintained by the monks and offers beautiful gardens for the visitors who to want to come and unwind. The Archaeological Museum at Sarnath offers a rich walk back to history with artefacts restored from as early as 3rd century BC. 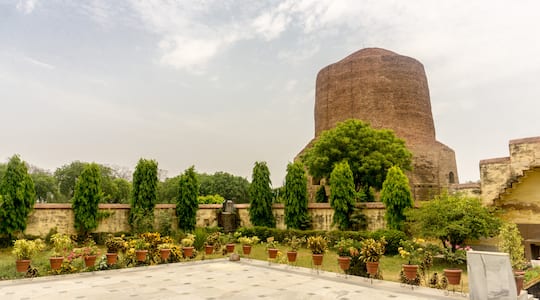 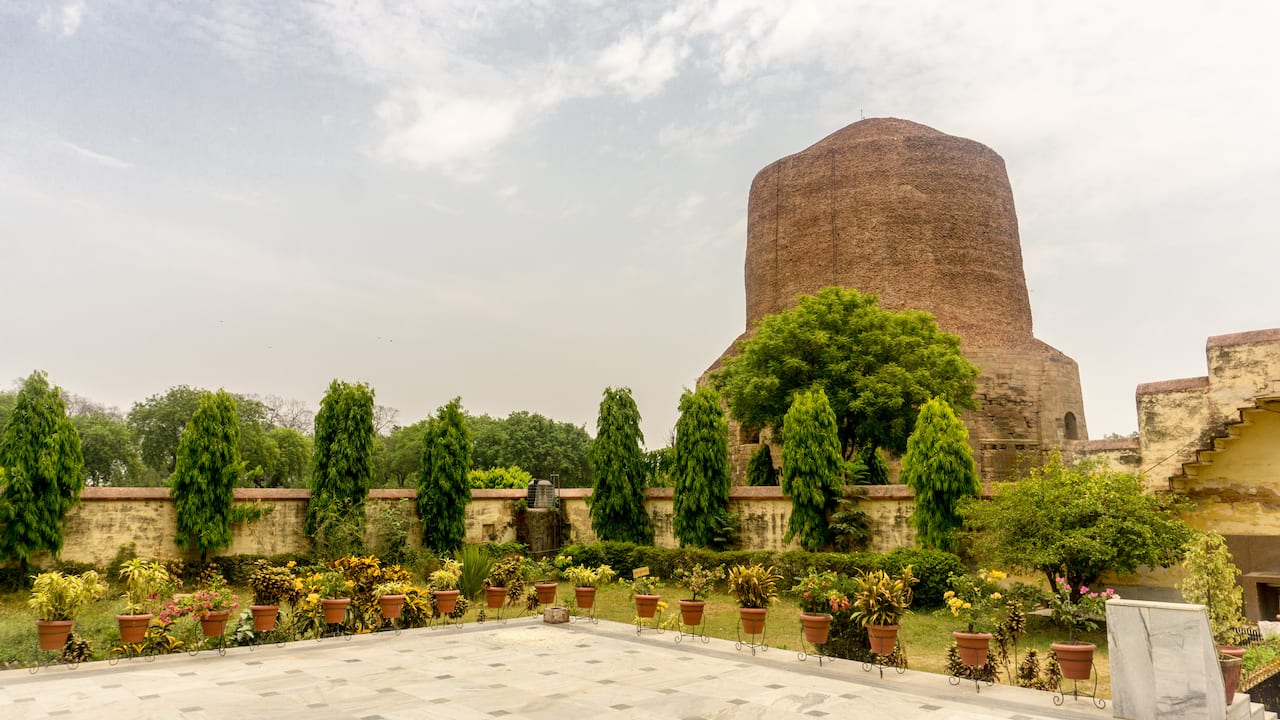