Jumma Masjid is situated to the north-west of the Bangalore gate. The mosque contains three inscriptions. Of these, the Arabic inscription mentions the nine titles of prophet Mohammad. The Persian inscription gives the name of Tipu Sultan as builder of this mosque called Masjid-e-Ala and also the date A.H. 1215 (A.D. 1782). The mosque includes an east facing prayer hall preceded by a four pillared verandah and a platform. The prayer hall, rectangular on plan is divided into five bays by a series of piers carrying the dome. The walls have paintings depicting tiger stripes in patches. The mihrabon the western wall is of medium size and is surmounted by a ribbed dome like protrusion carrying floral designs and finial. The mosque is entered through a series of flights of steps. The basement portion of the mosque is used for running a Madrasa and the cloister around accommodates a series of rooms. Some of the pillars with decorations also indicate a blending of Indo-Islamic features. The two lofty double-storeyed minarets topped by highly decorated finials and its octagonal exterior accommodating pigeon hole like decoration, lend necessary elevation to the mosque. Being situated at a higher plane, and lying across the river Kaveri, the mosque is a landmark of Srirangapatna for people coming from Bangalore. 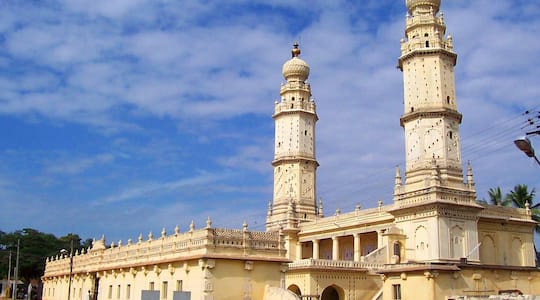 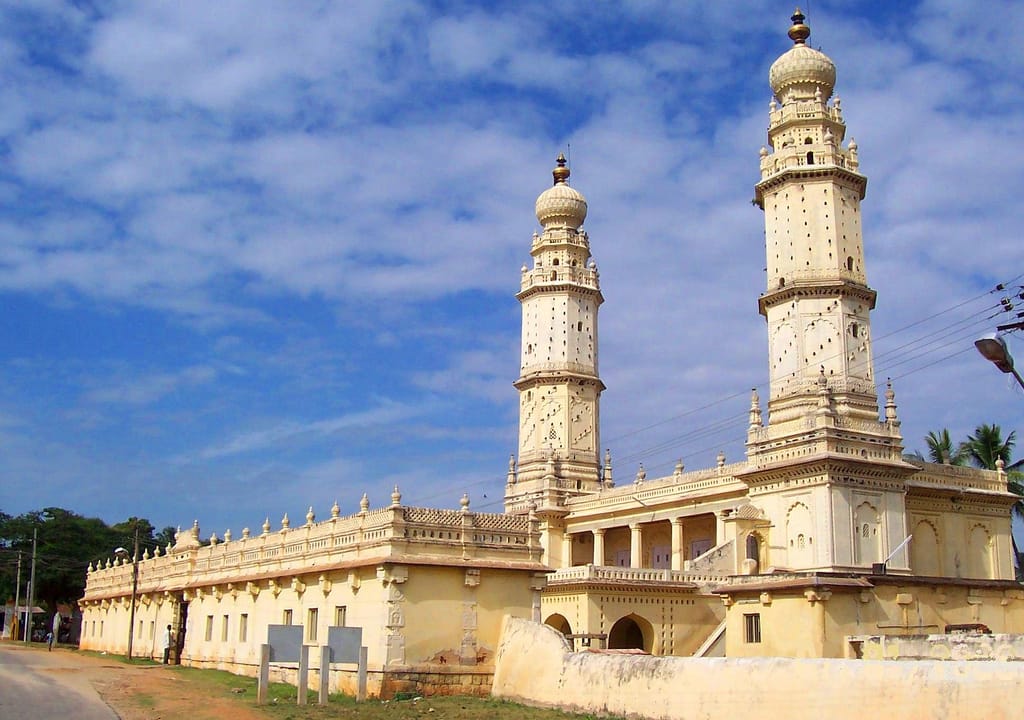 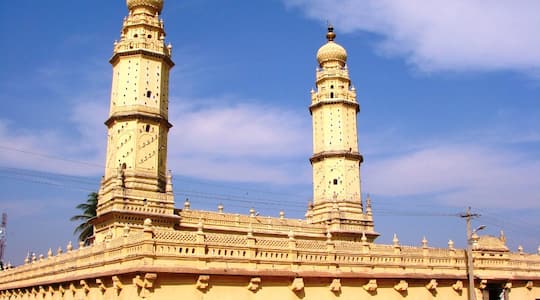 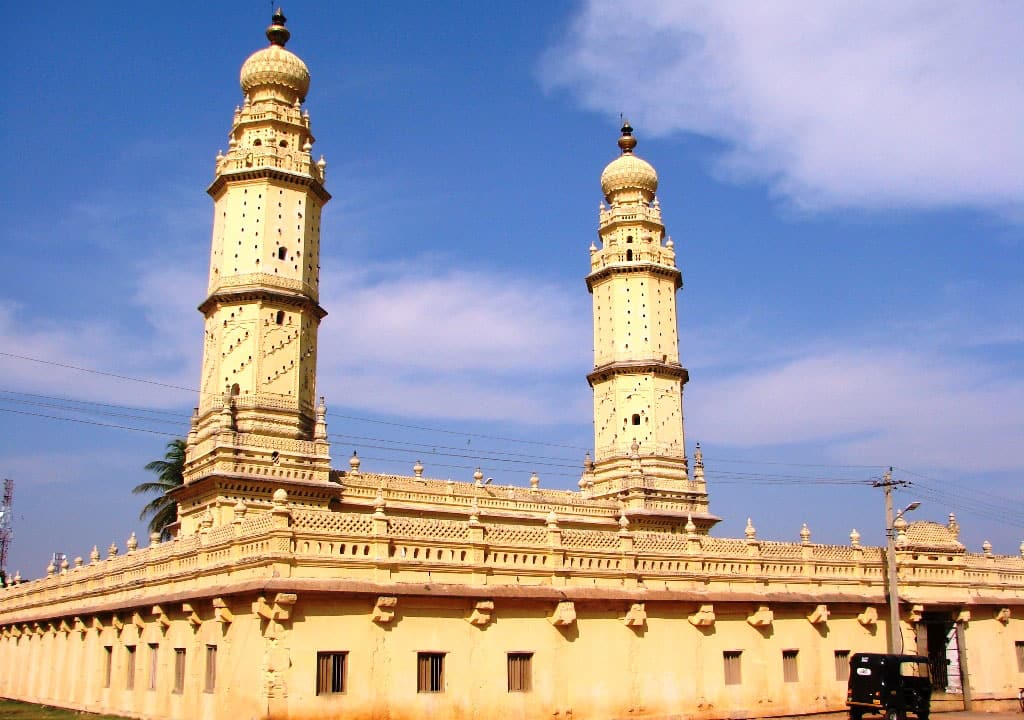 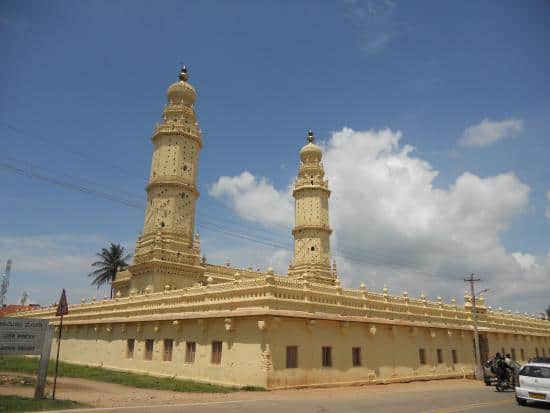 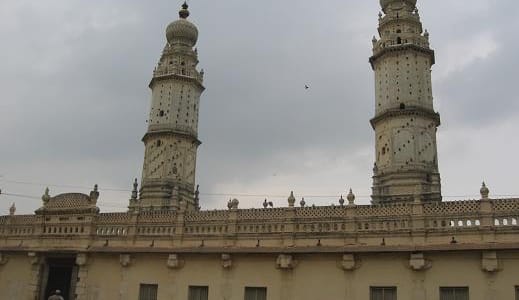 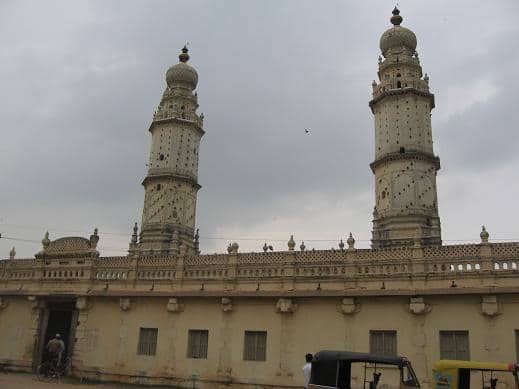